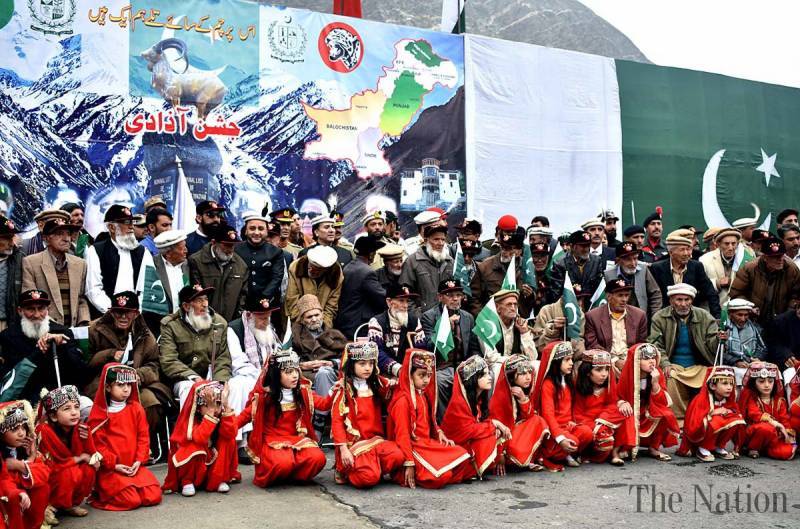 GILGIT - The 71st Independence Day of Gilgit-Baltistan was celebrated on Thursday across the region with traditional zeal and fervour.

Different events were held in various parts of the region to mark the day. The government had announced official holiday in the region on the occasion.

Rallies were taken out and functions were organised by various political parties, educational institutions and civil society organisations in 10 districts of Gilgit-Baltistan on the occasion.

National flags, banners and pictures of the heroes of independence war were displayed on buildings and roads to pay homage to them. 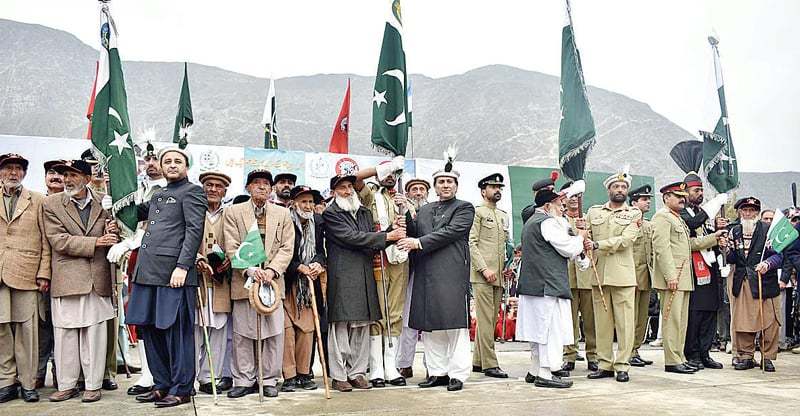 The officials laid a floral wreath at Yadgar-i-Shuhada and offered Fateha for the martyrs. A contingent of police presented guard of honour on the occasion.

The people of Gilgit Baltistan had won liberation from Dogra rule in 1947 with help of Gilgit Scouts.

Speaking on the occasion, Governor Raja Jalal Hussain Maqpoon said that they should start self-accountability and play their role for a strong Pakistan. He demanded of the international community to play to stop Indian atrocities in Kashmir.

Chief Minister Hafeezur Rehman said that owing to violation of United Nations resolution by India, the constitutional status of the region was still unsettled. He said that people of the region enjoyed complete independence.

Speaking on the occasion, Maj Gen Ehsan Mehmood Khan said that Gilgit-Baltistan was a part of Pakistan and would remain its part. He said that internal and external enemies were hatching conspiracies against Pakistan. He said that such conspiracies would be foiled.