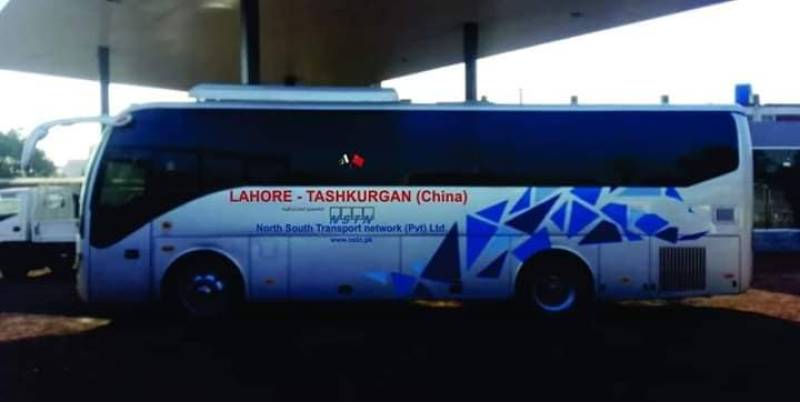 LAHORE - The launch of a bus service between Pakistan and China, which was scheduled for November 3, has been postponed due to prevailing law and order situation.

A private Pakistani transport company, North-South Transport Network (Pvt) Limited, set to launch the service but the officials of the firm has decided to inaugurate it on November 5.

Country-wide protests are being held by a religious party, Tehreek-e-Labbaik Pakistan (TLP) since the Supreme Court of Pakistan acquitted Asia Bibi, a Christian woman facing death sentence over blasphemy.

LAHORE - Country-wide protests being held by the Tehreek-i-Labbaik Pakistan (TLP) against entered the third day on ...

The bus service will run four days a week from Lahore to Tashkurgan. It will be a 30-hour long trip and passengers will get to enjoy the view of beautiful sights of the northern side of Pakistan. Cameras have been placed inside the buses to ensure the passengers’ security.

One-way ticket from Lahore to Taskurgan costs Rs13000 per seat

China Pakistan Economic Corridor (CPEC) is a flagship project of President Xi’s One Belt One Road  (OBOR) initiative involving a massive investment of over $60 billion in infrastructure projects in Pakistan.

Originally valued at $46 billion, the value of CPEC projects was worth $62 billion as of 2017.

The CPEC is intended to rapidly modernize Pakistani infrastructure and strengthen its economy by the construction of modern transportation networks, numerous energy projects, and special economic zones.