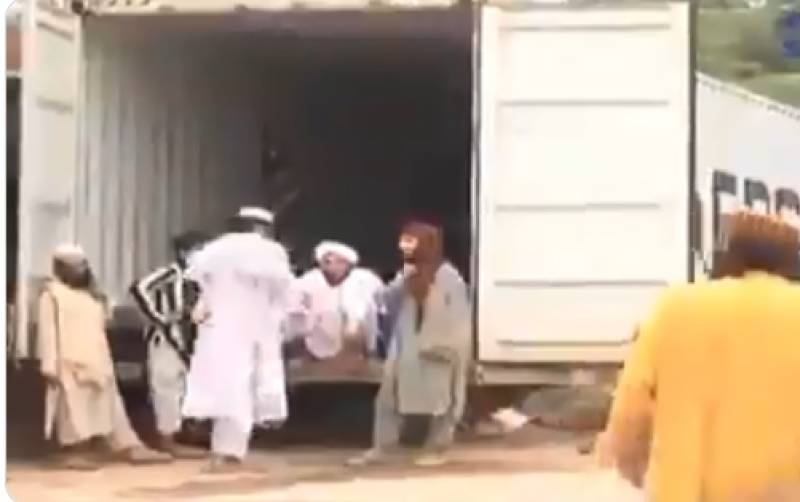 ISLAMABAD - shipping containers placed by the federal government to seal off the city during Azadi March protests are no more being taken as obstacles by the protesters as they are considering it a gift from Prime Minister Imran Khan in the cold weather of the federal capital.

The rally, which is led by Jamiat Ulema-e-Islam-Fazl (JUI-F), was converted into a sit-in by party chief Maulana Fazlur Rehman on Friday when he gave a two-day ultimatum to the prime minister to resign from the office for not running the country properly.

Lowering temperature amid forecast of rains in the capital was a challenge for the participants of the sit-in but a proverb proves true here that where there is a will there is a way.

The protesters what we can call them sharp-minded however have found a solution to beat the cold weather and to stay in Islamabad for a long time if they are ordered by their leaders.

The shipment containers mostly empty have now turned into the dwellings of the protesters. They have, according to a report of Samaa TV, put their belongings inside the containers where they also sleep in the night.

One of the protester talking to the private news channel said that the premier had promised to provide the containers to them. He further said that the government should arrange more containers for the participants of the so-called Azadi March as they are not enough to provide shelter to all the demonstrators.