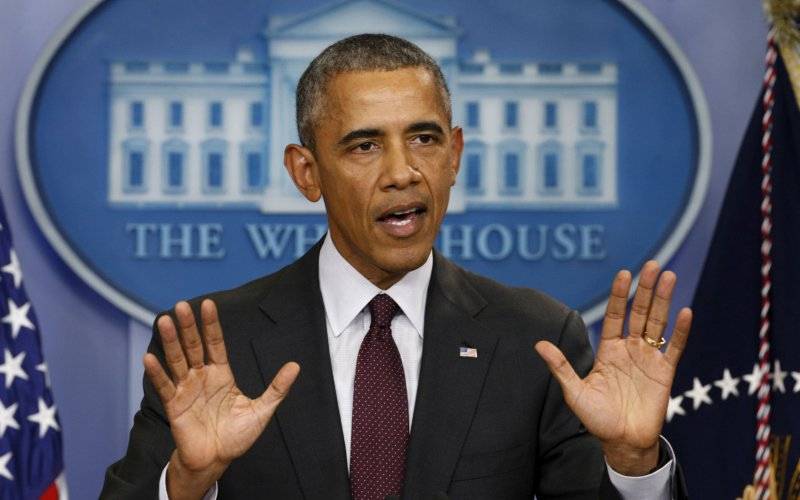 WHITE HOUSE (Web Desk) - An outraged President Obama did not try to comfort the nation after its latest mass murder - this time at Umpqua Community College in Oregon on Thursday - but instead admonished it for not fighting gun violence, reported Daily Beast.

“Our thoughts and prayers are not enough. It does nothing to prevent this carnage from being inflicted somewhere else in America—next week or a couple of months from now,” he said.

Obama went further, likening what Americans do to each other with guns to what terrorists do.

On Tuesday, Obama convened a summit at the United Nations to counter “violent extremism,” speaking to representatives of more than 100 nations about the threat from groups like ISIS and Boko Haram. Two days later, the president spoke about terror at home; the terror of being shot on the streets, in schools, movie theaters, churches, and countless other places where guns have killed.

Obama on Mass Shootings ... Again and Again"We are the only advanced country on Earth that sees these kind of mass shootings every few months."– President Barack Obama on the Umpqua Community College shooting