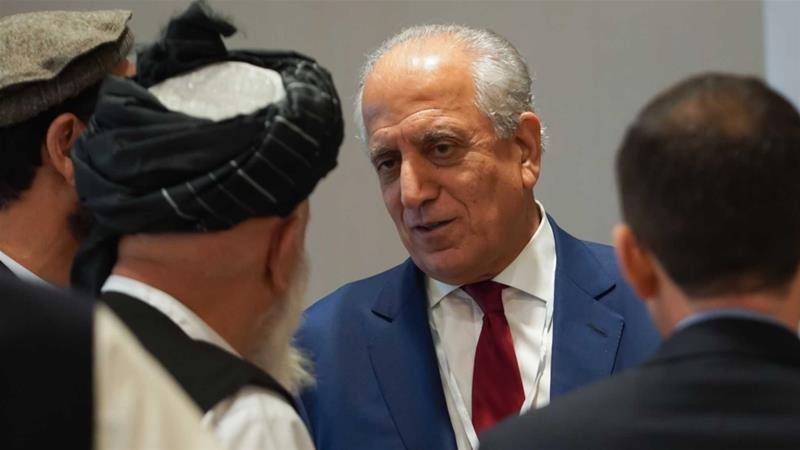 ISLAMABAD - US Special Representative for Afghanistan Reconciliation Zalmay Khalilzad and Afghan Taliban delegation on Wednesday will arrive in Islamabad for talks to restore peace.

Afghan Taliban spokesperson Suhail Shaheen said on Twitter that the delegation had been given a formal invitation for the visit and that they would discuss “important issues” with Pakistani officials in Islamabad.

According to media details, Afghan Taliban delegation led by Mullah Abdul Ghani Baradar, one of the group’s founders would inform Pakistan’s leadership of the factors that derailed the talks with the United States (US).

Taliban officials have also visited Russia, China, and Iran for the peace talks.

Last month, the US and Taliban announced that they were close to reaching a deal, despite concern among some US security officials and within the Afghan government that a US withdrawal could leave the country with more conflicts and open the way for the resurgence of militant factions.

Following the Taliban’s bomb attack in Kabul last month, which left a US soldier and 11 other people dead, President Donald Trump halted the talks.

The Taliban also planned to follow up on Pakistan Prime Minister Imran Khan’s recent comments ahead of a meeting in New York with Trump, that he would try to convince the US president to re-enter talks, the Taliban official said.

The Taliban delegation would also hold meeting with PM Khan in Islamabad.