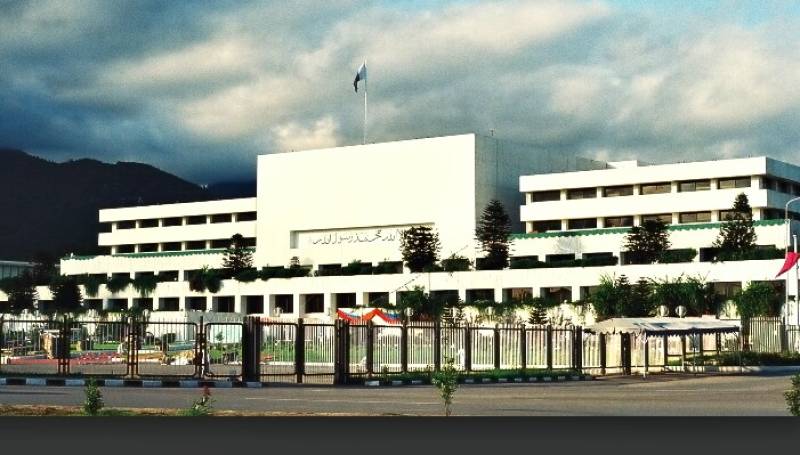 ISLAMABAD (Web Desk) - The government on Friday introduced in the National Assembly a measure to provide for the establishment of Commissions of Inquiry- called as “The Pakistan Commissions of Inquiry bill 2016,” apparently to settle Panama paper leak issues and tackle such issues in the future as well.

Presenting the bill, Minister for Law and Justice Zahid Hamid said that the bill had wide scope, providing for granting enhanced powers to the commission being set up under the 1956 Act to probe not just matter of Panama but also to prevent such illegal practices in the hereafter as well.

He stated the government had been struggling all along to resolve the issue and Prime Minister Muhammad Nawaz Sharif in his first address to the nation had urged the Supreme Court to form a commission to investigate the Panama scandal, but the latter threw ball in the government’s court with observations that under 1956 Act commission would have limited scope and powers.

Therefore, the government was required to draft Terms of References (TORs) for a commission to look into the matter.

Consequently the government constituted a committee comprising six members each from the opposition and the treasury benches and it had eight meetings which remained inconclusive, he added.

He recalled during the first meeting the committee made progress and the government showed flexibility at every stage.

He said during its inaugural meeting, members agreed on the preamble, but in others meetings the opposition’ stench got tougher and harder, trying to work out Prime Minister-specific TORs. He added, while the government wanted to hold a complete inquiry so that to resolve not only the offshore shareholders, simply to prevent corruption cases in the future as well.

Thus far in the country’s history, he articulated, all commissions in the state have been established under the 1956 Act, except that one under which 2013 general elections were declared.