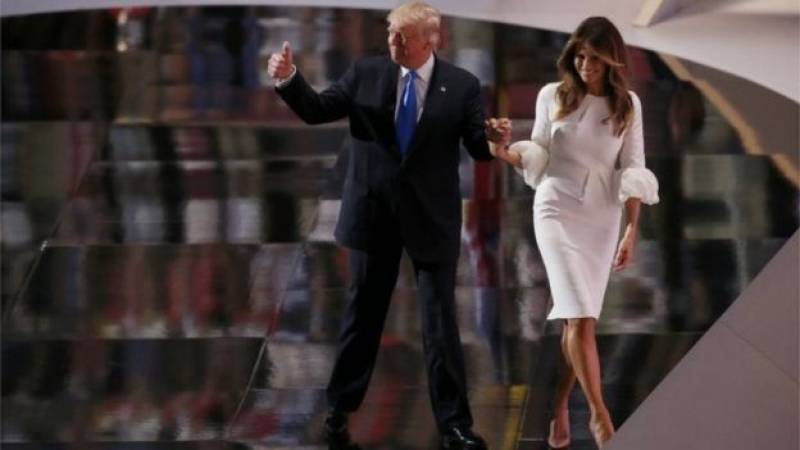 NEW YORK (Web Desk) -   Melania Trump, wife of American magnate and U.S. presidential candidate Donald Trump is suing Daily Mail and a US blogger for $150m (£114m) over allegations that she was a prostitute in 1990s.

Melania got furious when the Daily Mail suggested Mrs. Trump may have worked as a part-time escort in New York, and met husband Donald Trump, who is now running for the White House, earlier than previously reported.

"These defendants made several statements about Mrs. Trump that are 100% false and tremendously damaging to her personal and professional reputation," Said counsel of Melania Trump in a statement.

"Defendants' actions are so egregious, malicious and harmful to Mrs. Trump that her damages are estimated at $150m," Counsel, Mr. Harder's statement said.

The blogger about to face the music for his article is Webster G. Tarpley who publishes a weblog in Montgomery County. Tarpley had written that Mrs. Trump feared her past becoming public.

It is relevant to mention that Both the blogger and the Daily Mail have since retracted their articles. Daily Mail while in its clarification noted that the article only suggested that Melania's past could impact the popularity of Donald Trump.

The 46-year-old Melania Trump was born in Slovenia and moved to the US to try her luck as a model in the 1990s. She tied the knot with real estate tycoon in 2005 as his third wife.