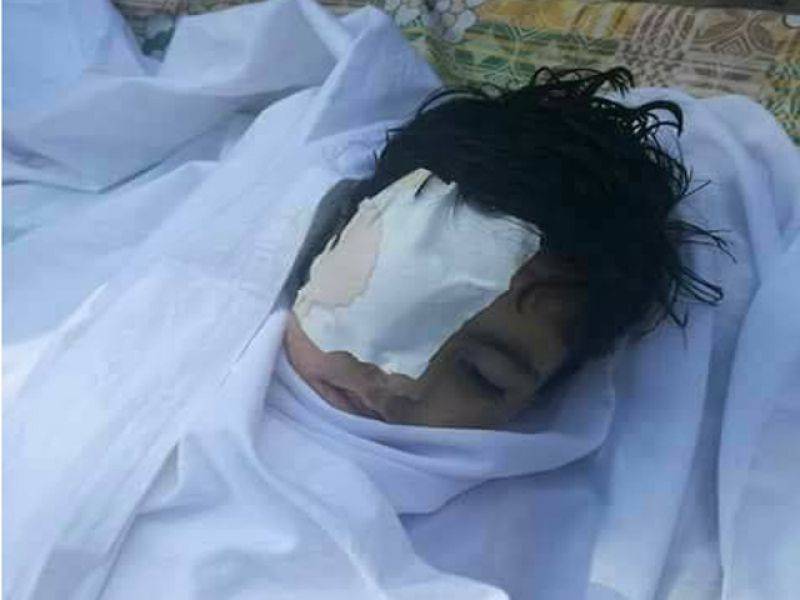 MUZAFFARABAD - In an incident of unprovoked firing by an Indian soldier along the Line of Control (LoC) claimed the life of a five-year-old girl on the first day of Eidul Azha (Saturday) in Azad Kashmir, local media reported.

The orphan girl succumbed to her wounds after being hit by a bullet of an India troop while she was playing in the courtyard of her house in Polas village of Abbaspur sector in the southern Poonch district.

The minor, who had donned new clothes on the eve of Eid, was shifted to a local hospital on a motorcycle but she could not survive.

After the incident, residents of the village staged a protest against the “apathy of the state and the government towards the plight of the people living along the LoC,” Dawn News reported.

During the protest, the people said that they have not been provided security despite the assurance of the civil administration and army.

They also demanded that officials come to hold talks with them, and asked the government to construct safer colonies for LoC residents.

They also threatened the government to stage a protest on Friday, if their demand regarding safter colonies were not accepted by Thursday.

The funeral prayers of the deceased were offered later in the evening in two rounds due to the presence of a large number of protesters.

Abbaspur's tehsildar Malick Haleem reached the spot to hold talks with the mourners after funeral prayers. After successful negotiations, the people laid the girl to rest in a graveyard.