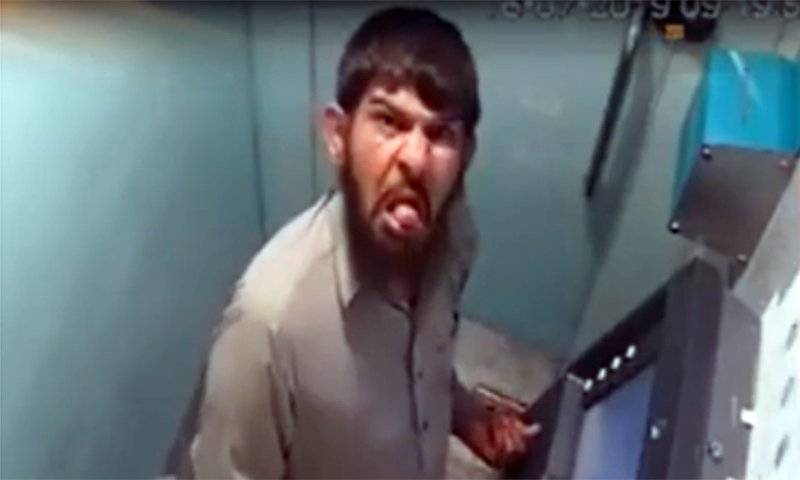 LAHORE - Three police officers were named in a murder case on Monday for allegedly torturing Salahuddin Ayubi, a robbery suspect caught on CCTV camera inside ATM booth, to death.

Ayubi's father Muhammad Afzaal stated in a first information report (FIR) lodged in the City A-Division police station of Rahim Yar Khan that had been out of touch with him for a while.

Afzaal stated that as the deceased was mentally ill, he had tattooed Ayubi's name and address on his arm for identification purposes; he said that he came to know about his son's death through media on Sunday.

The complainant further said that police had conducted Ayubi's post-mortem examination without informing the family.

The FIR was registered under Sections 302 (punishment for murder) and 34 (acts done by several persons in furtherance of common intention) of the Pakistan Penal Code, Dawn news reported.

Ayubi, a resident of Gujranwala, was arrested in Rahim Yar Khan when he was caught stealing from an ATM machine on Friday.

On Sunday morning, he was reported dead, raising concerns about the cause of his death.

RAHIM YAR KHAN - A man whose video of robbing an ATM went viral on social media died on Sunday early morning while in ...

According to the district police officer's spokesperson Zeeshan Randhawa, Ayubi was behaving like a mad man' in lockup when he suddenly became unwell.

The official said that the man was unconscious when he was shifted to the emergency ward of Sheikh Zayed Medical College Hospital, where doctors confirmed his death.

Talking to newsmen today, Afzaal said his son had been arrested on multiple occasions earlier but was always released due to his medical condition.

A video of Ayubi had gone viral on social media a few days ago in which he could be seen robbing an ATM in Faisalabad and making faces at the cameras inside the booth.