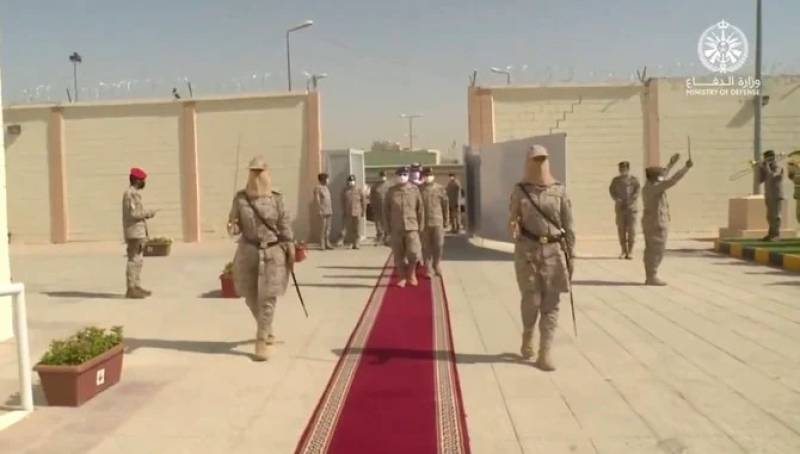 JEDDAH — The first group of Saudi Arabia’s women soldiers graduated from the Armed Forces Women’s Cadre Training Centre this week after completing 14 weeks of basic training that began on May 30.

Maj. Gen. Adel Al-Balawi, the head of the Armed Forces Education and Training Authority, said in his speech on the occasion: “The centre has an important mission, which focuses on providing excellent training programmes and curricula and an ideal learning environment.

“It does so in line with international quality standards that meet the needs of (female recruits). This aims to improve overall performance, which will help achieve the ministry’s objectives in the future."

After words of congratulation from Chief Sgt. Suleiman Al-Maliki, acting commander of the women’s training centre, its assistant commander, Chief Sgt. Hadi Al-Anezi, administered oath to the graduates. Their results and names of the most outstanding students and those who had been rewarded for their efforts with prizes were announced.

The ceremony was sponsored by Chief of Staff Gen. Fayyad bin Hamed Al-Ruwaili. Maj. Gen. Hamid Al-Omari, director of the Joint Staff of the Armed Forces, and other senior officers were also in attendance.

Saudi Arabia had opened up military recruitment to women in February this year.