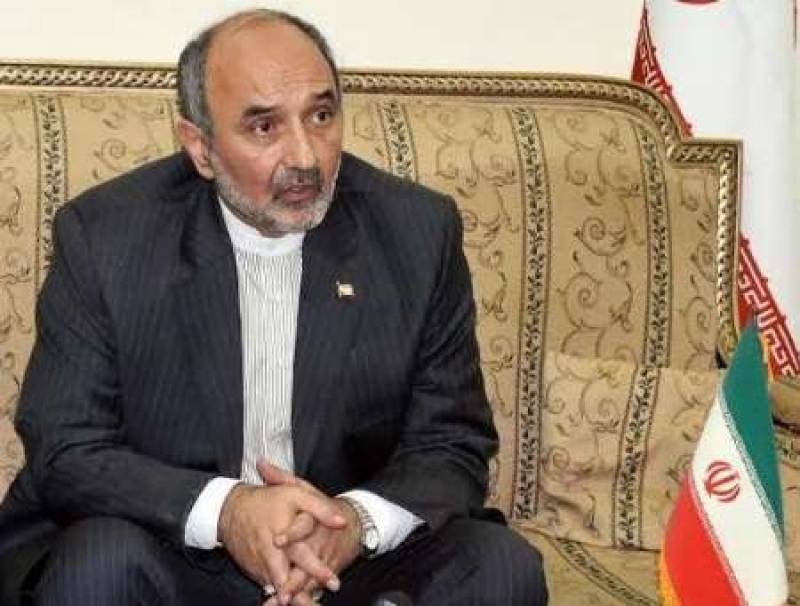 ISLAMABAD - Ambassador of Iran to Pakistan Mehdi Honardoost has showed concerns over the appointment of former army chief General (retd) Raheel Sharif as the head of Saudi-led military alliance.

While talking to media, Mehdi Honardoost said that it was correct that Pakistani authorities had contacted Iranian officials before issuing the No Objection Certification (NOC) for the appointment, but it did not mean that Iran was satisfied with this decision or it had accepted the same.

He said that Tehran had informed Islamabad that Iran would not join any alliance like the 'military alliance' nor such kind of offer was given to Iran.

He strongly believed that all important Islamic countries should join hands to form a coalition of peace in order to resolve their issues rather establishing a controversial military alliance.

Earlier Pakistani defense minister Khawaja Asif confirmed that the government had issued an NOC to the Raheel Sharif to lead the military alliance.

In April 2015, days after Saudi Arabia launched heavy strikes on Yemen, Pakistan parliament unanimously passed a resolution urging the government to stay neutral in the face of demands from Riyadh to join its military strike against Yemen.