The Chilcot Report: Too Little Too Late? 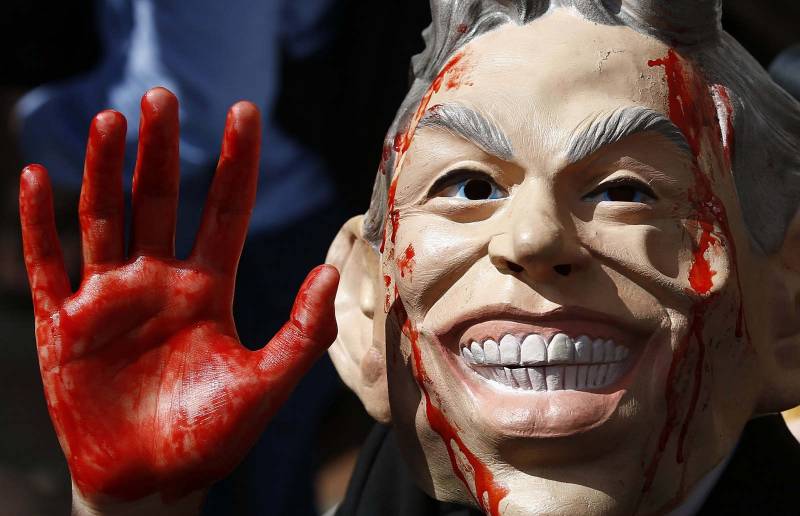 On July 6th, 2016, a five-member committee headed by Sir John Chilcot published a much-awaited report on the United Kingdom’s involvement in the Iraq war. The cost of the inquiry stands at a mammoth total of £10 million and it took the committee 7 painstaking years– a year more than the actual occupancy of the UK in Iraq, to compile the 2.6 million-word dossier. The report delivered a damning verdict on the then Prime Minister Tony Blair's decision to get involved in a full-time war, Britain’s first since the World War one, which cost a whopping £9.6 billion of taxpayer money.

The Chilcot report could not have come at a more crucial time as the United Kingdom was already reeling from the aftermath of the Brexit referendum. Families and relatives of more than 200 servicemen and women-along with 250,000 Iraqis- who died in Iraq had been waiting for answers and accountability for more than a decade.

The Iraq fiasco is widely regarded as the worst foreign policy error in the history of United Kingdom after the debacle of Suez Canal in 1956. The basic questions raised about the campaign are known to all, ranging from the legality of the conflict to the use of compromised intelligence sources and the dodgy Bush/Blair partnership before and during the invasion. The committee studied 150,000 documents and cross-examined 129 witnesses and contrary to the popular belief there was more stick than carrot for the stakeholders involved.

The Chilcot report came hard on the military establishment, the UK government and in particular the intelligence community. The report clearly stated there was “no imminent threat from Saddam Hussain” in March 2003 and military action was “not [taken as] a last resort”.

The report also expressed anger at the UK’s role in the Security Council. It stated the fact that “in the absence of majority in support of military action, the UK in fact, undermined the security council authority.”

Sir John Chilcot severely criticized the closeness in the relationship between Tony Blair and George Bush. “I will be with you, whatever” were the words of a secret memo that Tony Blair exchanged with George Bush in July 2002, almost a year prior to the actual invasion of Iraq. Blair's blatant and unflinching allegiance to his favorite ally was the “determining factor” that contributed to the UK's decision to go to war.

Mr. Blair’s inclination to use force was a well-known fact due to his role as a forceful spectator in Kosovo followed by his controlled intervention in Sierra Leone in 2000. The September 11th attack gave him all but a blank check to follow in the footsteps of the United States and play a leading role in the war.

The infamous notion of ‘weapons of mass destruction” was the highlight of every major media outlet and the main selling point of Bush-Blair coalition for the war. The report pointed out that the “dodgy dossier” prepared by DIS (Defense Intelligence Staff) and the Joint Intelligence Committee was not shown to the relevant experts to authenticate the intelligence about WMD’s.

The report severely reprimanded the intelligence community, especially Sir Richard Dearlove, the head of MI6. The inquiry points out that "Sir Richard Dearlove's personal intervention gave added weight to a report that had not been properly evaluated and would have colored the perception of ministers and senior officials. The report should have been treated with caution”. By the 18th February of 2003, the primary source was already labeled a liar but the information was not passed on to the required authorities.

The Chilcot Inquiry noted that “the withdrawal of the reporting was done in a very low-key manner compared with the way in which the original intelligence was issued.”

The UK’s delusion of a UN-led government after the invasion soon evaporated into thin air as the US took a lead role in the post-war operations. Tony Blair repeatedly “overestimated his ability to influence US decisions on Iraq” and was left high and dry on more than one occasion. The planning for post-war Iraq was deemed “wholly inadequate” and the report also stated that the government had “failed to achieve its listed objectives.”

The lack of resources coupled with the severe administrative issues in the Ministry of Defense aggravated the threat of IED’s leaving serious question marks on the actual post-war planning.

The entire security apparatus was shown guilty of gross negligence and in some cases extreme incompetence. The report noted that the threat posed by Iraq’s WMDs “were presented with a certainty that was not justified” and the UK “chose to join the invasion before the peaceful options for disarmament had been exhausted.”

Fast forward to today’s Iraq, the situation on the ground looks bleaker and more murky than ever. The decade-long war against terror has created more war and more terror and has turned the country into a hotbed of proxy wars, with ISIS controlling most of its territory. Suffice it to say, the world had little love lost for Saddam Hussain but the sorry state of Iraq coupled with the findings of the report is set to reopen old wounds.

As the report does not bear any legal authority so it seems highly unlikely that Tony Blair or anyone involved will actually go to trial. However, the report does shed light on the ugly side of diplomacy and foreign policy and is set to tarnish the legacy of Bush/Blair era for years to come.