Pakistan’s Water Crisis: The Writing on the Wall 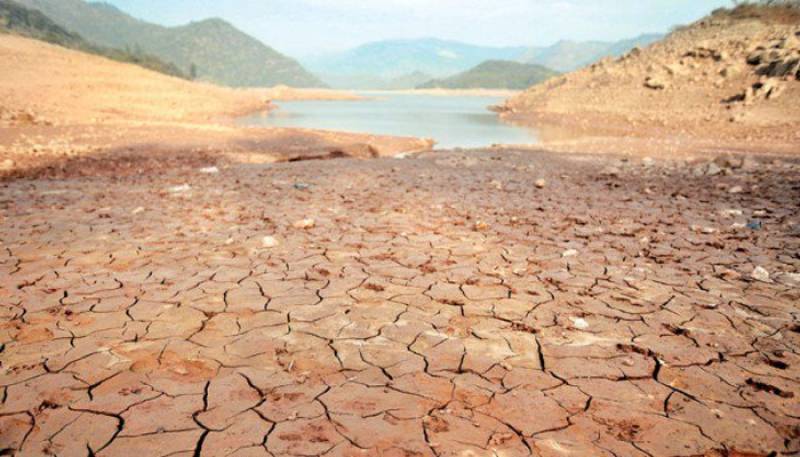 Water resources are under immense pressure from climate change, soaring demand for water for domestic use, increasing population, agriculture and industrial sectors. Rapid changes in climate can have adverse impacts on the agriculture sector as it threatens the water requirements of crops. In addition to this, the changes in crop boundaries could happen due to changing rainfall and temperatures, another consequence of climate change.

In the context of global climate change, rapidly rising population and urbanization across the developing world, water scarcity is increasingly viewed as the arena in which these variables will play out with potentially disastrous future social and environmental consequences. Pakistan is one of the countries likely to face severe food and water crisis as we advance in the 21st century. Due to increased competition for water resources by domestic and industrial sectors, major cities in Pakistan are already facing acute shortages of water. This has resulted in over extraction groundwater and extensive decline of groundwater tables as well as deteriorated water quality.

Corporate water users increasingly perceive water scarcity, quality degradation and floods as direct business risks whereas indirect regulatory and reputation risks arise when water becomes a shared resource with communities and ecosystems. There is an urgent need for communities, companies, and governments to come up with innovative solutions to secure water that can help maintain the balance between people and nature.

Alarmingly, the groundwater level is declining in Lahore with a depletion rate approximately 2.5 to 3.0 feet per year across the district. The water table’s depth in the central part of the city has fallen below 130 feet (40 metres) approximately and is projected to drop below 230 feet (70 metres) in most areas by 2025. If the present trend continues, the situation will become even worse by 2040. Therefore, there is an urgent need to conserve groundwater and adopt strategies at the earliest.

In a recent meeting, WWF-Pakistan conducted an awareness session of the City-wide Partnership initiative on improving industrial environmental performance in the River Ravi Basin through a water stewardship approach. The aim of the session was to bring together stakeholders from different backgrounds to discuss issues related to technical, financial and regulatory barriers for implementing sustainable, resource efficient technologies and groundwater availability and quality in Lahore.

According to WWF-Pakistan’s case study on River Ravi which highlighted common water issues around River Ravi Basin, 1: Heavy pollution loads from municipal and industrial effluents are disposed of directly into the river without any appropriate level of treatment. 2: Prevalence of waterborne diseases such as dysentery, diarrhea, malaria, and dengue, particularly in urban centers, is due to poor quality of water which is increasing health risks and jeopardizing the quality of life. 3: Flash floods observed due to heavy rainfall in Pakistani Punjab and glacial melt in Indian North threatens the livelihood and food security. 4: the linkages between social structures and water bureaucracies is missing and fails to address and protect community rights for water. 5: This is disrupting land quality, affecting its nutritional value. 6: In mainstream rural patriarchal setups women have less opportunity to be part of the decision making process. Rather they are more engaged in labor work associated with gathering water for domestic needs and working on farms as cheap labor.

Stakeholders should discuss and recommend solutions such as improvements in water allocations between surface and groundwater levels, increased levels of treatment for industrial and municipal effluent and improvement in environmental flows. River Ravi is one of the eastern rivers apart from River Sutlej and River Beas in the Indus Basin. It is a snow-fed river with a total length of 720 km, of which approximately 400 km lies in Pakistan. Its average flow was 6 MAF in 1951 which has reduced to 1.47 MAF at present (1% of the total Indus flow).

According to the UN’s Sustainable Development Goals (SDGs) target 6.1, the aim is to provide access to safe and affordable drinking water for all by 2013. Under this plan, every country is required to expand their water networks to ensure a safe supply of water and sanitation for its citizens. Pakistan is a signatory to the SDGs agenda and is bound to incorporate these goals into its national plan.

National Water Policy drafted on April 2018, with a rapidly growing population - 208.8 million - Pakistan is heading towards a situation of water shortage and by corollary, is at high risk of facing food insecurity. Per capita surface water availability has declined from 5,260 cubic meters per year in 1951 to around 1,000 cubic meters in 2016.  This quantity is likely to further drop to about  860  cubic meters by 2025 marking our transition from a  “water-stressed”to a “water scarce”  country  (the minimum water requirement to avoid food and health implications of water scarcity is 1,000 cubic meters per capita per year).  The situation calls for rapid development and management of the country’s water resources on a war footing.

As per UNICEF, Pakistan is one of the top five countries which have a high child mortality rate. One common factor denominator among the list of these countries is that the majority of their population is deprived of safe drinking water. Pakistan is no different, as according to World Bank’s calculations, only approximately 41 percent of the country’s urban population has access to safe drinking water. The situation in rural areas is worse.

Developing cities around the world are facing challenges in modernizing their urban water systems to serve the increasing demand. Access to safe drinking water in rural and urban areas is declining and the provision of potable water is a key issue that people face. The implementation of laws pertaining to industrial effluents generated from the textile and leather industries are very weak. Further, industrial waste from these industries contains heavy metals such as copper, chromium, and nickel. A large population of major cities in Pakistan does not have access to safe drinking water as freshwater resources are being contaminated due to multiple reasons and safe drinking water should be made available to the population and industries need to ensure proper disposal of solid and liquid waste. Industries should ensure that the labour force working in their facilities are not exposed to harmful chemicals. Organizations such as WWF-Pakistan are committed to protect freshwater resources of the country and improving water access, efficiency, and allocation for people and the environment.