Dear men: Keep your hands and lewd comments to yourself! 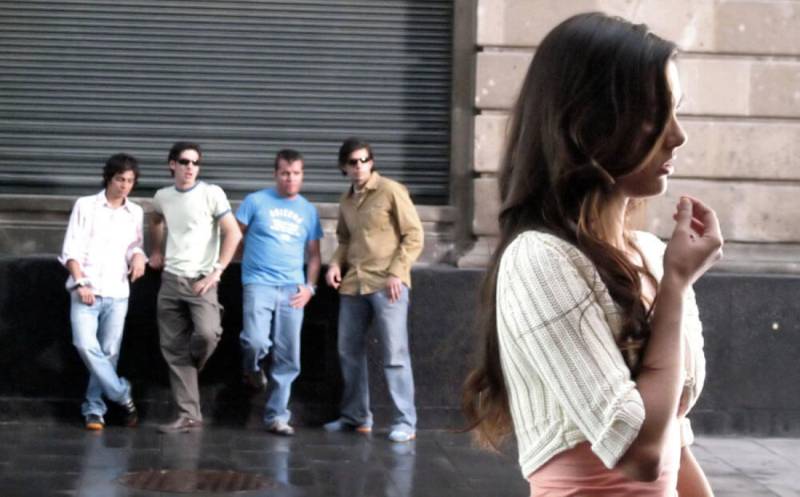 One of the first lessons I learnt from my mother and grandfather was that being a woman should not prevent anyone from doing anything they want or need to do. I never had reason to believe that my gender would come in the way of anything – but the past two months have really made me question my way of doing things, as I have not only dealt with staring and catcalling, but also been touched rather inappropriately in public.

The first time I came across catcalling in a location I previously considered safe was during a solo visit to a cafe where I was planning to use their Wi-Fi connection and get some work done.

Three boys who looked as if they were in their early 20s were seated on the table next to mine, and I presumed they would be minding their own business. About fifteen minutes later, I heard one say “moti hai, par chal jaye gi". Not being used to hearing such comments in a posh cafe, I failed to realize that they were talking about me, and continued with what I was doing.

It was only when the comments started getting louder and lewder that I attempted to determine where they were coming from, and I finally realized that they were for my benefit when I saw the occupants of the neighboring table staring and grinning at me. Thankfully one of the staff stepped in before I could react and asked the boys to leave.

It was no different when I stepped out to buy a power bank at Hafeez Centre, a place I gathered was somewhat like a combination of Techno and the mobile market in Saddar, Karachi. Having often gone to these two places, I was not at all surprised to find that I was the only woman there. But what I was not prepared for was the treatment I received there. First off, the staring. I have been ogled in the past, but it has generally been limited to one or two men in any given location and has generally been nothing a very loud “Kya masla hai?” on my part could not resolve. At Hafeez Centre, every single person was staring. I resorted to my default response and some of them did back down. Most, unfortunately, seemed to think I was encouraging them.

When I related this incident on a Facebook group, one of the members there, who has often helped me navigate this city, immediately wanted to know why I went to Hafeez Centre myself. “Why did you not send a male colleague or a male friend there?” I replied that it was just a very natural thing for me to do all these things myself, and therefore it did not occur to me to do so. He advised me that I needed to “take a male along” the next time.

I have no intention of following this advice, simply due to the fact that I have no male relative or friends I can casually take along with me every time I need to go somewhere, but to be honest I don’t think that that will “protect” me in any way. Only a few days ago, I was walking on Gulberg Main Boulevard with a male friend of mine. We were walking side-by-side, with him next to the curb, and a passing motorcyclist slowed down next to me…only to smack me on my derriere, before speeding away. Ever slow on the uptake, by the time I realized what had happened, he was well out of sight.

This latest incident made me realize that there is still a long way to go before men begin to realize that it is unacceptable for them to behave in this manner. Tackling this syndrome will require not just education – it seemed to me that educated men are equally to blame – but also a radical shift in values before anything will change. One can only live in hope.