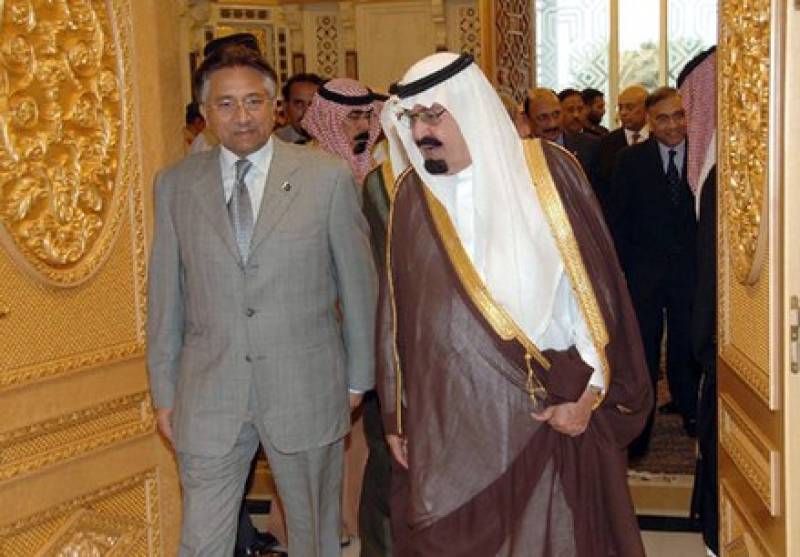 LONDON - Former president Pervez Musharraf has claimed that for purchasing property abroad, Saudi king Abdullah personally transferred money in his bank account in 2009 which he accepted due to brotherly relations with him.

Talking to a local television, the former president said that Rafiq Hariri (Former Prime Minister of Lebanon) was in touch with him for the release of Nawaz Sharif adding that Qatari prince Hamad Bin Jasim had business links with Saif ur Rehman (a close aide of PM Nawaz).

He went on to say that Shah Abdullah pressed him for release of Mian Nawaz Sharif after 1999 coup adding that the then finance minister Ishaq Dar himself made confession about money laundering without any pressure.

Musharraf maintained that he was still not feeling well affirming that he would return to Pakistan as the situation gets better.The former military chief claimed that corruption charges against anyone could not be proven in Pakistan.

Musharraf expressed that he would be responsible if someone proves corruption charges against him during his 10-years-long stint. He vowed not to make himself accountable for his hard earned money.

He expressed that he charged one lac dollars for a forty-five minutes lecture and so he was not liable to be made accountable for his private financial assets.