What does it take to congratulate an Ahmadi? 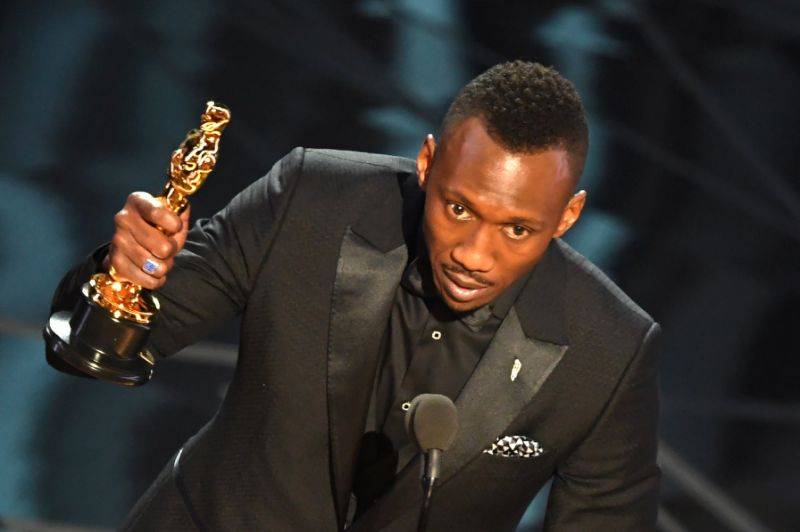 As international publications ran the news about Mahershala Ali being the first “Muslim” actor to win an Oscar for his performance as mentor and drug dealer Juan in the drama film Moonlight, Pakistanis flocked to social media to congratulate the actor. They could not get over their excitement at a “Muslim” winning the coveted award for the first time in the 89-year-old history of the Academy Awards.

However, the joy was short-lived. It soon emerged that Ali is actually an Ahmadi. The son of an ordained minister, he announced his conversion to Islam, and joined the Ahmaddiya community. Disappointed Pakistanis began to delete their congratulatory public posts and some even chose to take offence at how he could be called a “Muslim” when he was, in fact, an Ahmadi.

In 1974, Pakistan had decided to amend the newly promulgated constitution to declare members of the Ahmadiyya community “non-Muslims”. Another constitutional amendment by military ruler Zia-ul-Haq in 1984 further restricted the religious freedoms of Ahmadis, who were barred from referring to themselves as Muslims and from calling their places of worship mosques. Anyone doing so could be sent to prison for three years.

Today, Ahmadis are still persecuted for their beliefs, and labelled “fitnas” and “fasads”. According to a report by the UNHCR, Pakistan has the largest population of Ahmadis in the world, but even then, it is the only state to officially declare Ahmadis as non-Muslims. Non-Ahmadis are required to sign declarations labelling Mirza Ghulam Ahmad, the founder of the Ahmadiyya movement, as an imposter and a “false prophet”, before they are allowed to obtain any form of ID.

Shopkeepers display signs stating that they refuse to do business with Ahmadis – and protests break out after policemen remove such signs. Persecution persists to the extent that even referring to someone an “Ahmadi” is considered an insult.

Do we need an amendment that allows us to congratulate an Ahmadi? Do we not possess enough basic decency to congratulate anyone for an accolade he receives for a job well done – regardless of the religion he belongs to. Or are our congratulations only reserved for non-Ahmadis?

Are we obligated to first write a short prerequisite disclaimer before congratulating an Ahmadi that declares the founder of the community an "imposter prophet", in order to completely eliminate the possibility of getting jailed for three years?

Maybe we can do it like Hamza Ali Abbasi in a tweet in which he emphatically disassociates himself from the Ahmadiyya faith by spelling out his differences first. 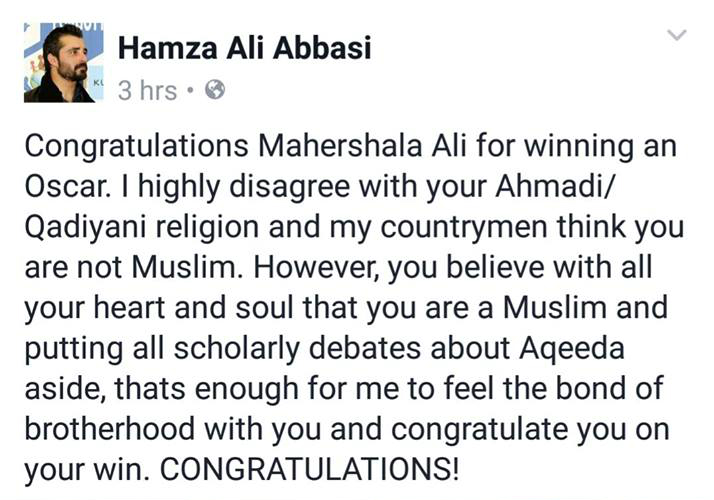 The issue of an Ahmadi winning the Oscar has become serious as even big names chose to back down because they did not want to tell with the potential backlash. UN ambassador, Maleeha Lodhi, deleted her congratulatory tweet not long after she found out about Mahershala’s religious affiliation. 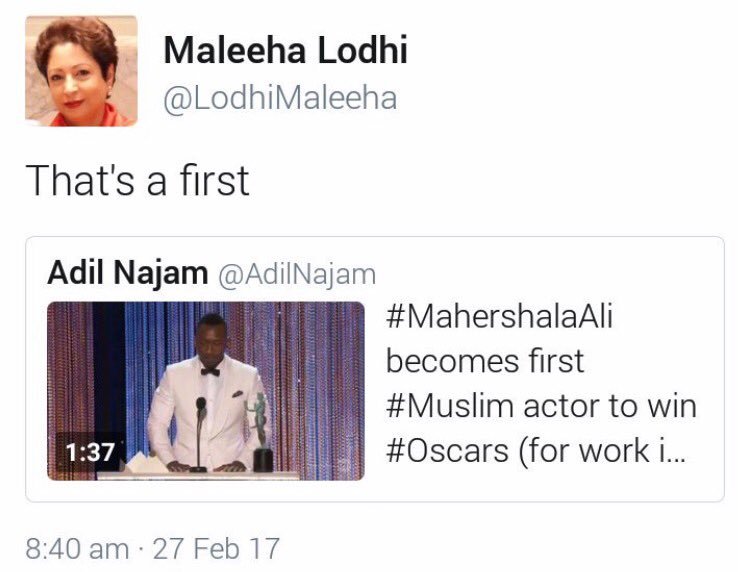 I demand not only a legal edifice to be designed to resolve the issue, but also a similar debate in the parliament in a same manner seeking an extension of the existing law on Ahmadiyya community that would allow me to congratulate an Ahmadi for an achievement.

This issue too should be handed over to the state, not only because it is the state that defined the religion for us, but also because it saves us from further uncertainty and confusion. And it might also be effective in preventing us from stumbling out of the circle of Islam, who knows!

In other words, the legal clarification for the matter simplifies the complexity of it. The state might want to keep extending the law and make our lives easier.

In the future, the state might also want to consider our Facebook and Twitter posts on Ahmadis and keep defining and setting things for us. After all, the issue must be resolved once and for all.  Those who criticise the state for it must understand the severity of the matter.

Had it been a non-issue, neither the state would have bothered to amend the constitution nor would I have written this piece. Not even Maleeha would have deleted a tweet of just two words. The problem is real!