As the World divests from coal, why does Pakistan continue to invest? 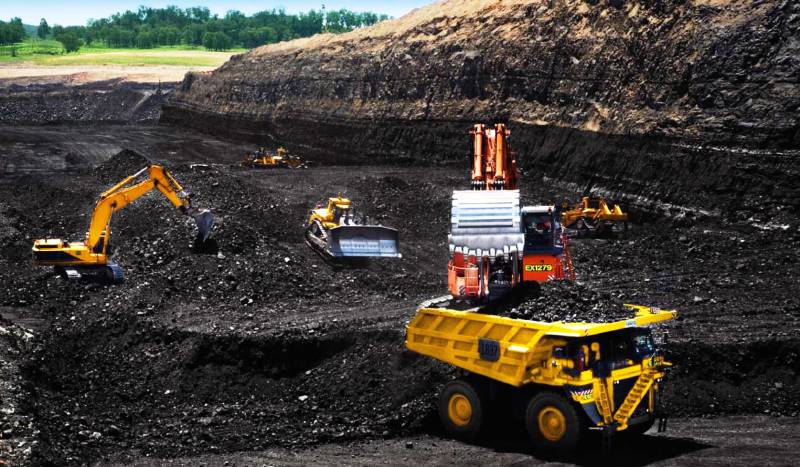 A significant component of the Chinese Governments investment in Pakistan via the ‘China Pakistan Economic Corridor’ (CPEC) is its development of Pakistan’s energy potential. Specifically, $2.8 billion for developing four coal-fired stations with a capacity of 1,980 megawatts and $2.2 billion for two coal-mining blocks in Thar have been pledged.

Many in energy deficient and populous Pakistan consider this investment a blessing. Members of the Parliamentary committee on the CPEC have hailed the investment in Thar coal as ‘the energy future of Pakistan’, and have highlighted the employment potential that these power plants and coal mines will generate through the construction phase and then during operation.  Estimated to be completed by 2018, the Thar power plants and surface coal mines are expected, along with other coal projects in Port Qasim, to solve Pakistan’s energy crisis.

Experts suggest that Pakistan’s faulty ‘energy mix’ in terms of electricity generation is partially to blame for the energy deficit. Currently, Oil (35.2%), hydel (29.9), gas (29%) and nuclear and imported(5.8%) are the principal sources of electricity generation. Currently, the electricity generation capacity of Pakistan stands at 22, 797 MW- and with an average demand of 17000 MW, the shortfall lies between 4000 and 5000 MW, and is expected to increase manifold in the coming years as the population expands by almost 2% annually. The economic impact, particularly on Pakistan’s industrial sector, of the energy crisis are increasingly coming to light and dissuading foreign investment- something which the current government is keen on. It is clear that Pakistan is desperate for a solution to its energy crisis- but at what cost to the climate?

Of late, there has been much celebration of Pakistans ‘huge’ reserves of coal- with some stating that the country is home to the 7th largest coal reserves in the world. Although this is disputed by analysts, the value of the coal in Thar is largely determined by what type of coal it is- in this case, lignite.

Coal is by no means a homogenous term; and in fact can be categorized or ranked according to the degree to which the original plant material has been transformed into carbon. I.e. the older the coal is, the higher the carbon content, and the higher the carbon content, the lower the emissions. The ranking of coal therefore, from most to least carbon content are: anthracite, bituminous coal, subbituminous coal, and lignite. In general, lignite is known for its low energy content, around 8 to 10 megajoules per kilogram, compared to almost 32 megajoules per kilogram for anthracite. This means that you would have to burn almost 4 times as much lignite for the same amount of energy you would get from anthracite.

Pakistan’s coal reserves in Thar are almost exclusively comprised of lignite- known to be the dirtiest of the dirty fossil fuels.

One of the questions that invariably arises when the discussion on power generation and Pakistan’s coal reserves in Thar are considered, is that if the country is ‘blessed’ with these vast reserves of coal, why not use them? Putting environmental concerns of the combustion of lignite aside, the power generation from lignite is economically unfeasible. Taking into consideration the vast amounts of lignite that must be burnt in order to generate electricity and adding the costs of extraction, transportation and conversation- the net benefit from coal combustion is negligible. Due to its high moisture content and susceptibility to spontaneous combustion, lignite is too expensive to transport, and resultantly is not traded in large quantities on the world market. The propensity towards spontaneous combustion also makes its extraction hazardous for the labor involved.

Additionally, one of the common methods for the extraction of coal is known as ‘strip mining’- which uses large amounts of water, depending on the methods used, to extract the coal from the ground. This may range anywhere between 10 to 150 gallons per ton of coal extracted. Although Pakistan is an energy stressed country, it is even more so a thirsty country, and speedily climbing up the ranks of the most water stressed nations of the world. Using its precious water reserves to mine coal is a questionable step.

And finally, it is important to recognize that at the end of the day, the Thar coal reserves are not infinite. They will, as all fossil fuels do, run out one day, as we have seen in the case of the Sui Gas reserves in Balochistan. Thar’s coal reserves may provide a short term respite from Pakistan’s energy crisis- but is by no means a long term solution.

As the world divests from coal , and with hopes high following the commitment by world leaders of almost 3.4$ Trillion divestment from coal following COP 21 in Paris,  Pakistan continues to build upon its existing coal powered infrastructure and adding to it, not only in Thar but also in Port Qasim in Karachi. Granted, the CPEC also includes the development of renewables, such as the 1.6$ billion hydropower project in Karot, the $1.2 billion solar power park in Bahawalpur and the 260$ million 100 megawatt wind farm in Jhimpir; however, these are dwarfed by its investment in the lignite reserves in Thar.

Critics have been quick to point out that China may be transferring its outdated coal technologies to Pakistan, while it upgrades to better, cleaner ones. Indeed, China has committed in its INDC at COP 21to reduce its carbon intensity (CO2 emissions per unit of GDP) by 60 to 65% below 2005 levels, by 2030 and increase its share of non-fossil fuels in primary energy consumption to around 20 percent by the same year. While China is investing in renewables domestically, its foreign investment does not necessarily reflect this commitment.

This may be due to Pakistan’s own weak stance on the issue.  Pakistan submitted a vague 2 page INDC, which does not set out a specific target for emissions reductions to the UNFCCC at the Paris Climate Talks last year, and has not yet developed a revised energy or climate policy based on the vast changes that are expected to take place following the advent of the CPEC. Although the noise made by those suffering as a result of Pakistan’s energy deficit is loud, and justified, it is equally important for the Government of Pakistan to ensure that its investment in dirty energy won’t make the problem worse. The investment in Thars coal is a huge commitment, and we must be prepared to bear the consequences for decades to come.

Anam Zeb is a climate change and DRR/social activist, adaptation practitioner and researcher and columnist. She is currently a fellow under the Fossil Fuel tracker program.