Turkey’s road to democracy - And back 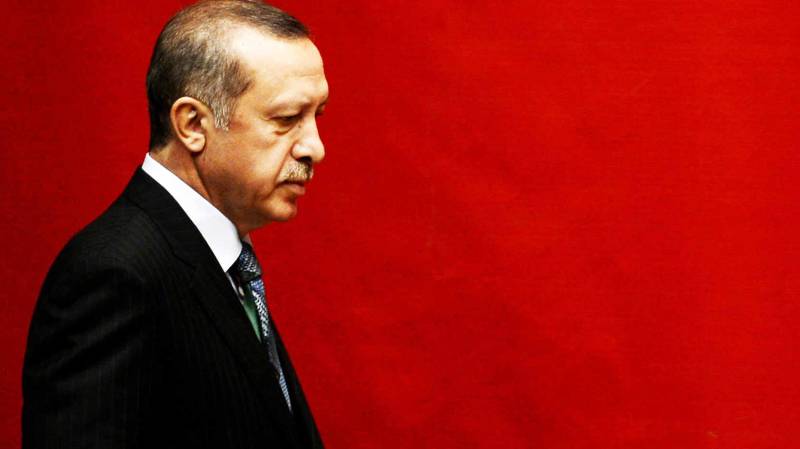 Tayyip Erdogan has long been hailed as a hero, a modern and a progressive face of the Muslim ummah; the father of modern day Turkey and a prominent statesman in the global arena. In his early years in power, Turkey was labelled as a marvel of democracy in the Islamic world and a bridge between East and West. A thriving economy coupled with an educated young workforce and its strategic position—Turkey was fast on track to becoming the great success story of the modern era. Erdogan lead by example and a policy of peace and tolerance was adopted; Turkey was taking all the steps in the right direction and a bright future hearkened-not only for the Turkish people but the entire region.

Fast-forward to 2016 and Turkey is stuck in a whirlpool of damaging domestic politics, a misguided foreign policy and an influx of migrants. It all started when brutal force was used on the protesters in the heart of Istanbul, in a little-known place called Gezi Park. Pictures of police using tear gas and water cannons spread like wildfire in every quarter and what started as a handful of protesters quickly turned into a full-blown insurgency by Turks, who were tired of the authoritarian style of government. For the first time, Erdogan mortal status was confirmed and chinks in his armor were exposed.

A corruption probe launched in 2013 revealed systematic graft in the ruling AKP resulting in the arrest of several family members of top cabinet ministers. Recently Italy named Erdogan’s son, Bilal, in a money laundering scandal that has rocked the Turkish political establishment.

Furthermore, Turkey’s latest assault on media outlets has sent shock waves around the world. The recent seizure of Turkey’s biggest daily newspaper Zaman is surely not going to help Turkey’s abysmal ranking in world press freedom index, 149, already below Myanmar and Zimbabwe. Harassment of “anti-state” journalists, slapping of fines on the media outlets that are not towing the government lines, jail time and even deportation of journalists has become a new norm under Erdogan.

The brand of extreme nationalism challenges the very democratic values that Turkey has long advocated for. Anyone challenging the state’s writ seems to be at the mercy of the hawks in the government party; and the freedom of speech, at least for now, is a far-fetched dream.

Erdogan’s policy of “zero problems” has suffered setbacks on almost every front and his foreign policy has fallen well short of expectations. From his support of Egypt’s Morsi to his treatment of Kurds in Turkey and Syria as well as his absolute opposition to Assad—Turkey seems to be at the receiving end on all fronts and is getting sucked deeper into a maelstrom.

Erdogan’s bellicose rhetoric against Syrian regime has put him directly in loggerheads with Vladimir Putin- who is every bit as ruthless and strong headed as Erdogan himself. When Russian plane was downed, the resulting sanctions imposed by Russian on Turkey are supposed to cost them $9 billion according to Deputy Prime minister Simse.

With Syrian regime regaining its positions, Putin seems to be holding all the aces, even though Russian economy is taking a drubbing and ruble is in free fall; Putin’s rating at home is a whopping 80 percent. The words of Mustafa Akyol, a columnist for daily Hurriyet newspaper, are echoing in the power corridors of Turkey as he predicts “a perfect disaster for Turkey”–the triple whammy of a massive influx of refugees, a revived Syrian regime and an independent Kurdish area on their border.

As millions of refugees reside in and around Turkey, Erdogan fully knows how to use them as a bargaining chip when negotiating with Brussels. Angela Merkel and co fully realize that they are not equipped, both financially and culturally, to cater to an influx of refugees and Turkey remains the most viable destination for the forced immigrants.

The EU offering of €3 billion, though is far less than what Turkey demands or deserves, along with a “visa-free travel” promise for Turkish citizens indicates that EU is willing to do their bit to appease Turkey. This also explains the criminal silence of EU and US, as they are willing to turn a blind eye on the clamp down on media outlets in Turkey and its treatment of Kurds.

For now, Tayyip Erdogan sits pretty on a majority in the parliament and can flex his muscles over the EU regarding the migrant policies. However, suffice to say, his honeymoon period is over and his authoritarian march is beginning to stall.

History has seen more mercurial and influential leaders who have promised a world and then faded away. The greatest mistake made by those in power was committing the sin of “Hubris”- “outrageous arrogance” or abuse of power. Tayyip Erdogan seems a perfect fit for the definition and unless he mends his way, which history contradicts, the writing may well be on the wall for him.