How far will Aamir Liaquat go to beat ARY? 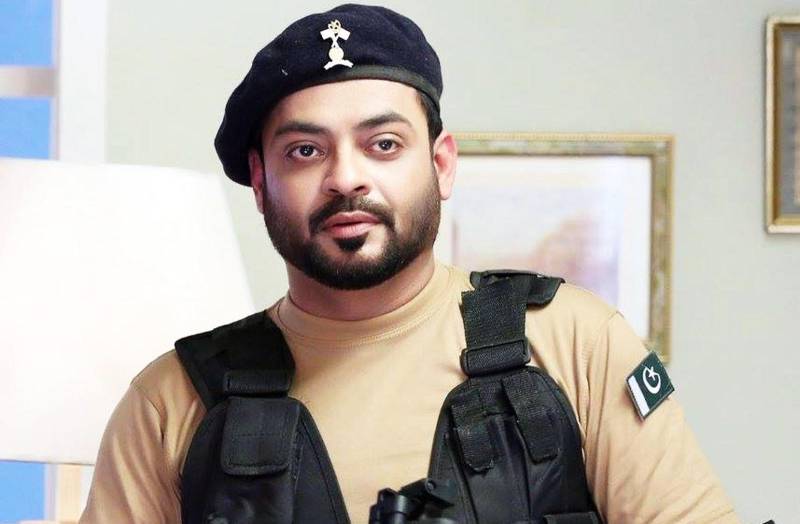 There is clearly no man on television more base than Aamir Liaquat. He struts around the set and takes obvious pleasure in being a bully. He gleefully withholds prizes or throws them in people’s faces. Watch a clip from his most recently controversial episode and marvel as he re-enacts a girl committing suicide. He hangs his head over the railing, sticks his tongue out at the camera and dramatically rolls his eyes. It is enough to make anyone cringe.

It is likely that not a lot of people noticed what Aamir Liaquat was getting up to in that particular episode because they were all too busy watching Fahad Mustafa, the new golden boy of post iftar entertainment TV. Mustafa, model, actor and now host of Jeeto Pakistan, is good looking and eminently likable. Mustafa’s show airs on ARY while Liaquat hosts Inam Ghar on Geo. The two shows run on a similar format; contestants win sponsored prizes by answering random questions, playing games or sometimes even just because they’re cute or old or particularly demanding. However according to a Daily Pakistan's analysis, Fahad Mustafa’s show is more popular than Aamir Liaquat’s this year.

There could be many reasons for this but only one is truly convincing. For years we have put up with Aamir Liaquat because despite his rudeness, bullying tendencies and obvious insincerity, he took pains to come across as devout and also to market Inam Ghar as religious entertainment. However, this is the year that Liaquat – in a bizarre attempt to keep ratings high- has decided to let go of his religious persona and so has lost what people liked most about him. Perhaps he could have recovered from this unexpected turn of events had this also not been the year that Mustafa truly learnt how to host a game show. Jeeto Pakistan is fueled by and has succeeded because of his positive energy and jovial antics.

Yes, entertainment television is brutal. People clamor for the chance to win cell phones, motorbikes, and Umrah tickets, and the hosts dangle prizes in front of them like bait. Game shows are built on the dream that ordinary people can also be winners. Indeed, a lot of Mustafa’s charm lies in his ability to make people feel like champions while Liaquat simply throws prizes at them. Regardless, we all know that those walking away with prizes are hardly the biggest winners. Television networks, celebrity hosts and established brands make unimaginable amounts of money thanks to shows such as Jeeto Pakistan. And this is why Ramazan shows are not going anywhere anytime soon.

Because entertainment television is so obviously brutal and there is no way this is going to change anytime soon, I derive great pleasure in watching Aamir Liaquat buckle under the pressure of being entertaining. Of knowing that people are slowly starting to look away from him and prefer to watch someone else host a show that wouldn’t even have existed if he hadn’t come up with the format in the first place. I chuckle at the ridiculous outfits Aamir Liaquat now wears, snicker at his attempts to be funny. Go back to that last clip. Try to forget for a second that it is insensitive and horrifying. You will see a man fumble for the respect he persuaded people into giving him, a man who knows he has reached the pinnacle of his career and that it can only get worse from here.