The Mazri, the women & the grass 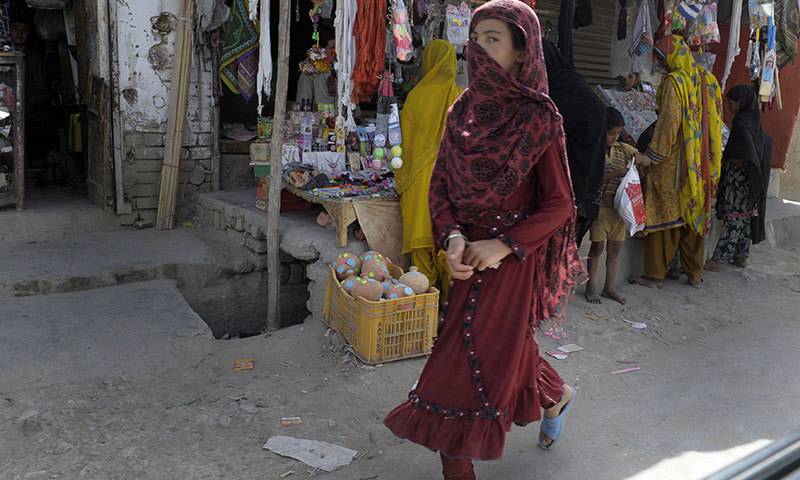 There are various products where Pushtun women have good skills but that don’t bring them enough earning within chaddar & char-dewari.

The Question is why is that so when so-called NGOs mostly working within KPK and now FATA claim that they provide poor with subsistence living?

The reason is quite obvious, NGOs claims to work on the grass-root level to bring “Tabdeeli” but logically grass can never grow into a tree when we need trees.

In other words to pull people from the cycle of poverty trap economist suggest government intervention or foreign direct investment, while NGO tries to eradicate poverty through providing village entrepreneur with a meager amount of loan called “micro-Finance”.

According to a report by state bank, it is NOT very effective when an entrepreneur wants to reap benefits in short run. Off-course poor men/women entrepreneur need a speedy return on any smaller investment they do.

For example, I have an experience working with an NGO (during 2002) that exclusively works for poverty alleviation within KPK. Village entrepreneurs were helped through micro-financing and individual loan ceiling was Rs. 20,000 at that time. There might be success stories but in many Asian regions clients turned indebted  when they were unable to pay back loan due to business failure and in some cases, clients took their lives due to peer pressure for loan recovery.

Let’s not go too far as aim of this article is to facilitate poor womenfolk of our province. During my stay at NGO, I learned that women of Kohat region were skillful in Mazri product. Mazri is kind of palm known as dwarf palm.

In KPK, it grows in foothills of Kohat, Hangu, Karak, LakiMarwat, and Dera Ismail Khan districts. It is also found in lower Kurram, Orakzai, north and south Waziristan agencies of the FATA region and there it is called Mazarai.

They were excited as these products have high demand in US (and may be in other western countries). Though Marzri based products are many but what was displayed to exporter were baskets, tray and Decoration products.

Later, they demanded huge quantity of Marzi stuff for the container to export it abroad, which could NEVER be materialized and the reason is obvious we were working on grass root level.

Hence it reveals the fact that to eradicate poverty of women within KPK, (for example in case of Mazri product where 78% women are engaged in its business) we need a government intervention rather than wholly focusing  on NGOs.

Hence in this connection, our export promotion bureau should be more active as Mazri is mostly tourist attraction (even within Pakistan, and it’s mostly exported from Kohat and DI khan to other cities).

Unfortunately Mazri business instead of flourishing has rather declined with the passage of time according to research counted by Latif, A et al. (2005) reason is its improper/inadequate marketing and advertisement, display in exhibitions, a decrease in number of tourist in KPK and lack of government interest along with few other reasons.

In a nutshell when its matter of poverty eradication government should take a keen interest like EPB and KPCCI because Marxists theorize that Inequality and poverty cannot be eradicated without fundamental changes in the mode of production. They emphasis on fundamental rather than grass-root level change.

Off-course government has more resources to bring about required changes and to break poverty cycle we need to inject more money as with meager amount of micro loan poor cannot wait for long to see fruits of micro-finance to please our beloved foreign/local donors, but yes new knowledge and research emphasis that all stakeholder should be on one table when policy matters happen so that coordinated efforts take place and NGOs being stakeholder should must be included in process but major role should be played by government organizations to bring speedy change in poverty reduction when its matter of poor women folk.