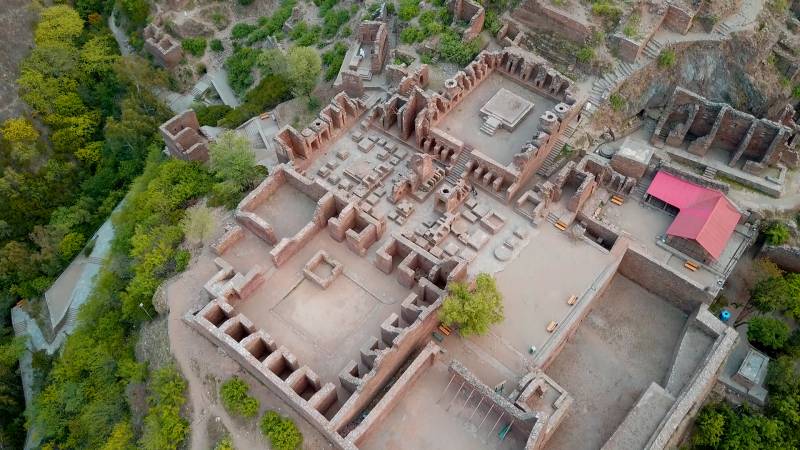 In my recent travels, I have visited many ancient sites but none can compare with the one I’m going to tell you about today. The site called  “Takht-i-Bahi” is about 165km Northwest of Pakistan’s Capital city of Islamabad, in Mardan District. The 2 hour drive is mostly on three to four lane highways and is comparatively comfortable. The reason I liked this site so much is because of the accessibility to it as well as how amazingly it has been preserved.

Takht-i-Bahi (The Sping Throne) was discovered in 1836 & listed as a World Heritage Site by UNESCO in 1980.

The locals believe that it was named after a spring which was located nearby the site. Due to its elevation atop the hill, it is believed that this throne has played great significance throughout the centuries. 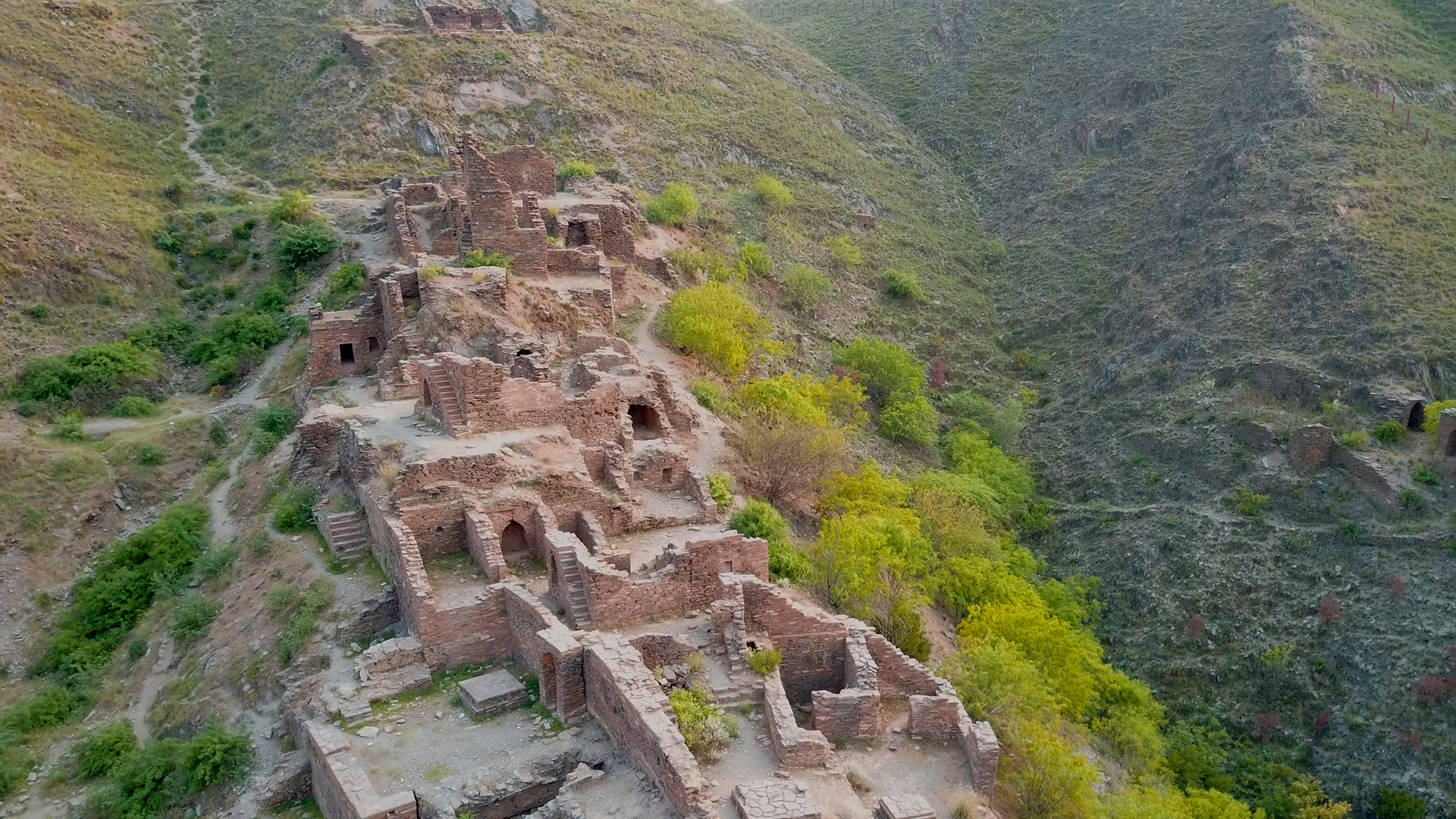 This ancient monastery is believed to be one of the most well-structured and well preserved ancient Buddhist monasteries in the Gandhara district. The ruins are located more than five hundred feet up on top of a hill, and due to this elevation, these remnants have remained virtually untouched for many hundreds of years. 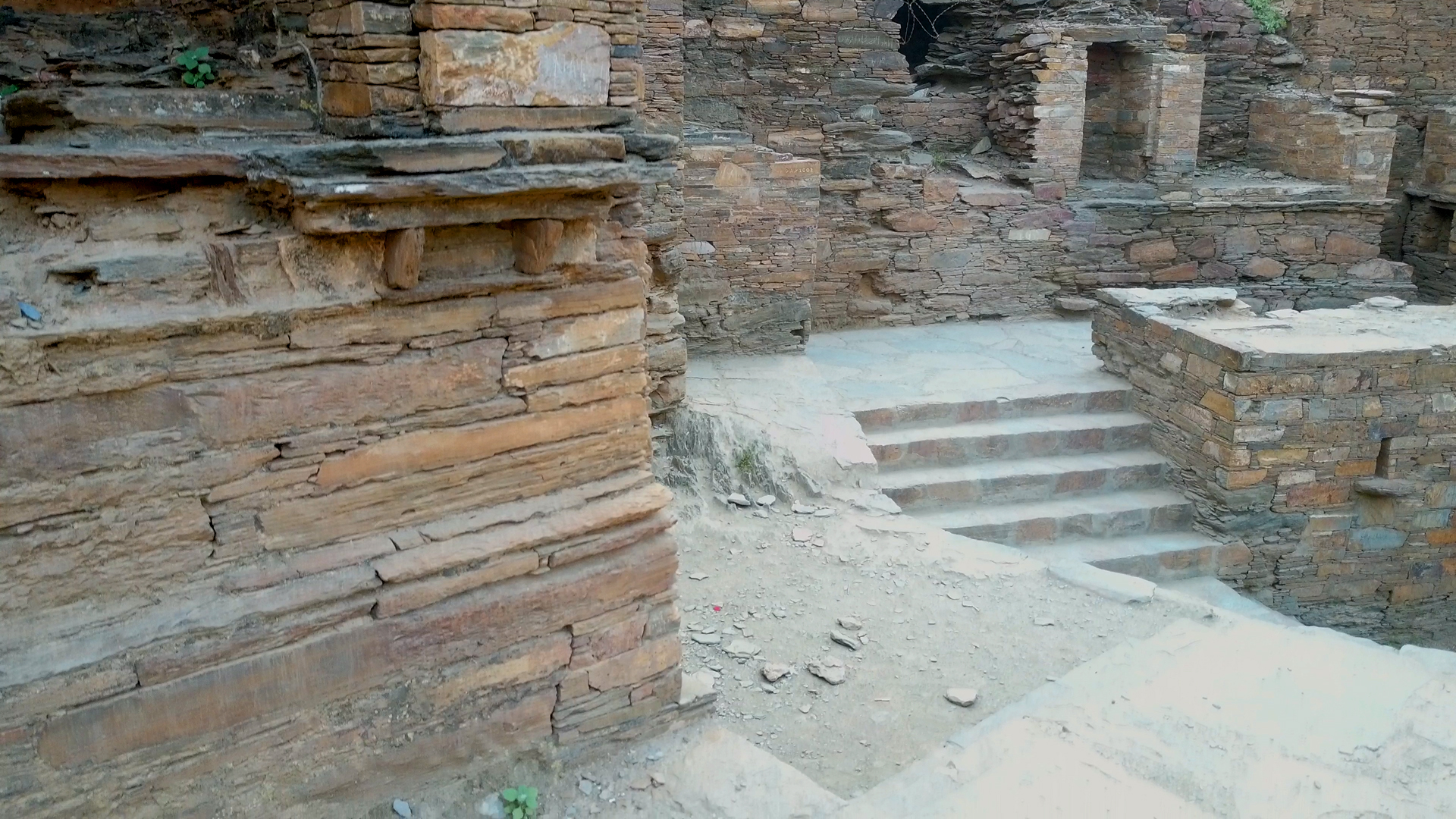 It is believed the original monastery was built during the first century BC, as the design, build and materials of the monastery are authentic and in line with other buildings which are known of at the time. This fact is also proven by inscriptions which were found in the temple as these inscriptions included the name of Gondophares the first, who is recorded as living during that time. Gondophares I also known as Vindafarna, Gastaphar, Gundaparnah (from which the Pashtun surname of Gandapur originates from) and Gaspar[d], King of Persia (who’s history is recorded in Christian traditions as one of the Three Wise Men or the Three Kings who witnessed the birth of Christ). This era seemed to have retained Persian Zoroastrian religious beliefs as no evidence was found of any Greek or Buddhist symbols or writings on coins or otherwise. 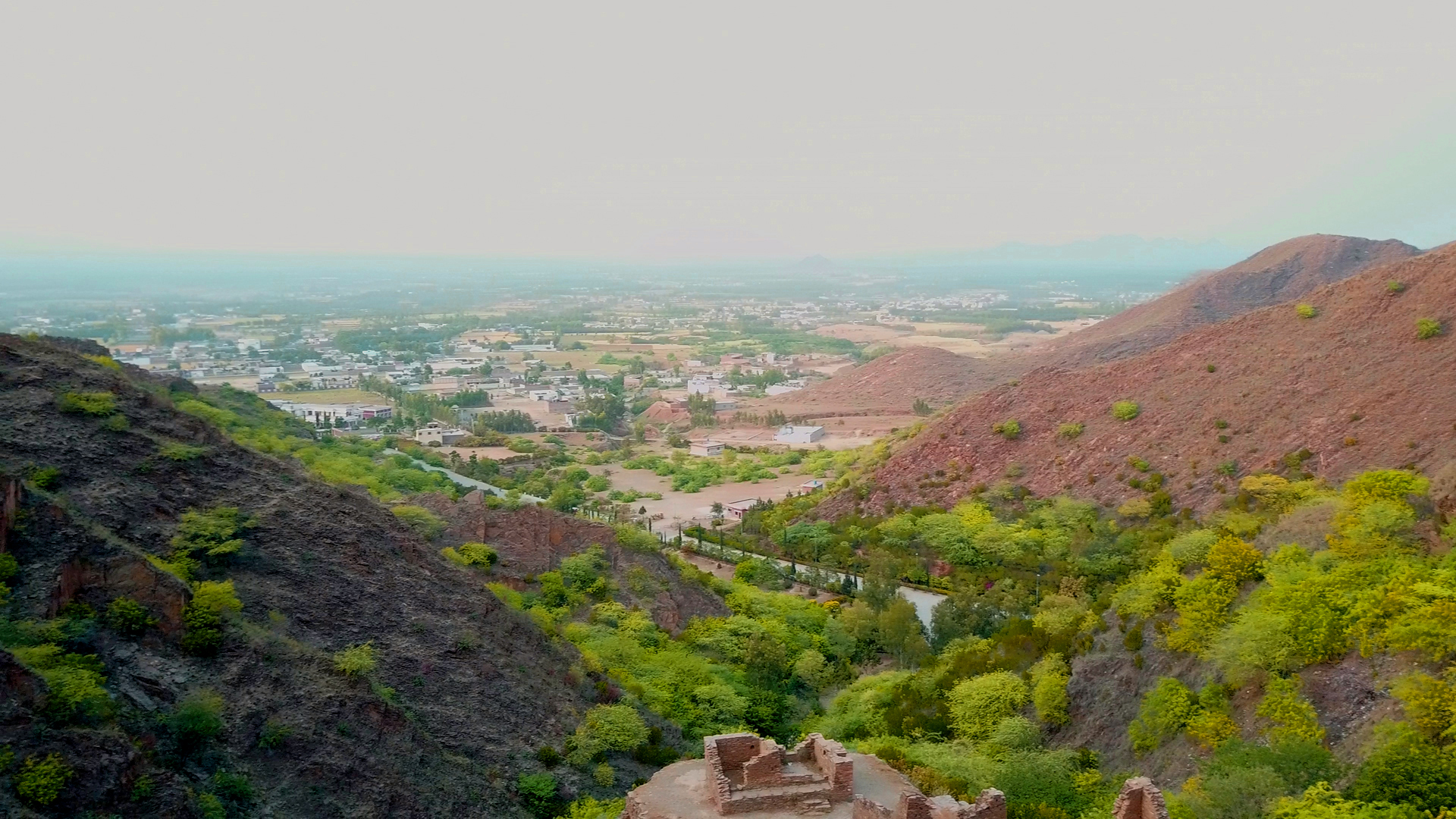 The Third thru the Fifth centuries AD brought on the second & third construction periods of the monastery. This era saw the rise of the Kushan Empire. Kujula Kadphises was the first official ruler & uniter of the empire of Nomads originating from the Western provinces of modern China called Yuezhi. Buddhism flourished during their reign and the Takht-i-Bahi site expanded. In this time period the Great “Stupa Court” & the “Assembly Hall” were erected.

In this final construction period, between the 6th & the 7th Century AD, the “Tantric Complex” was constructed. This period was reportedly ruled by the Huns. 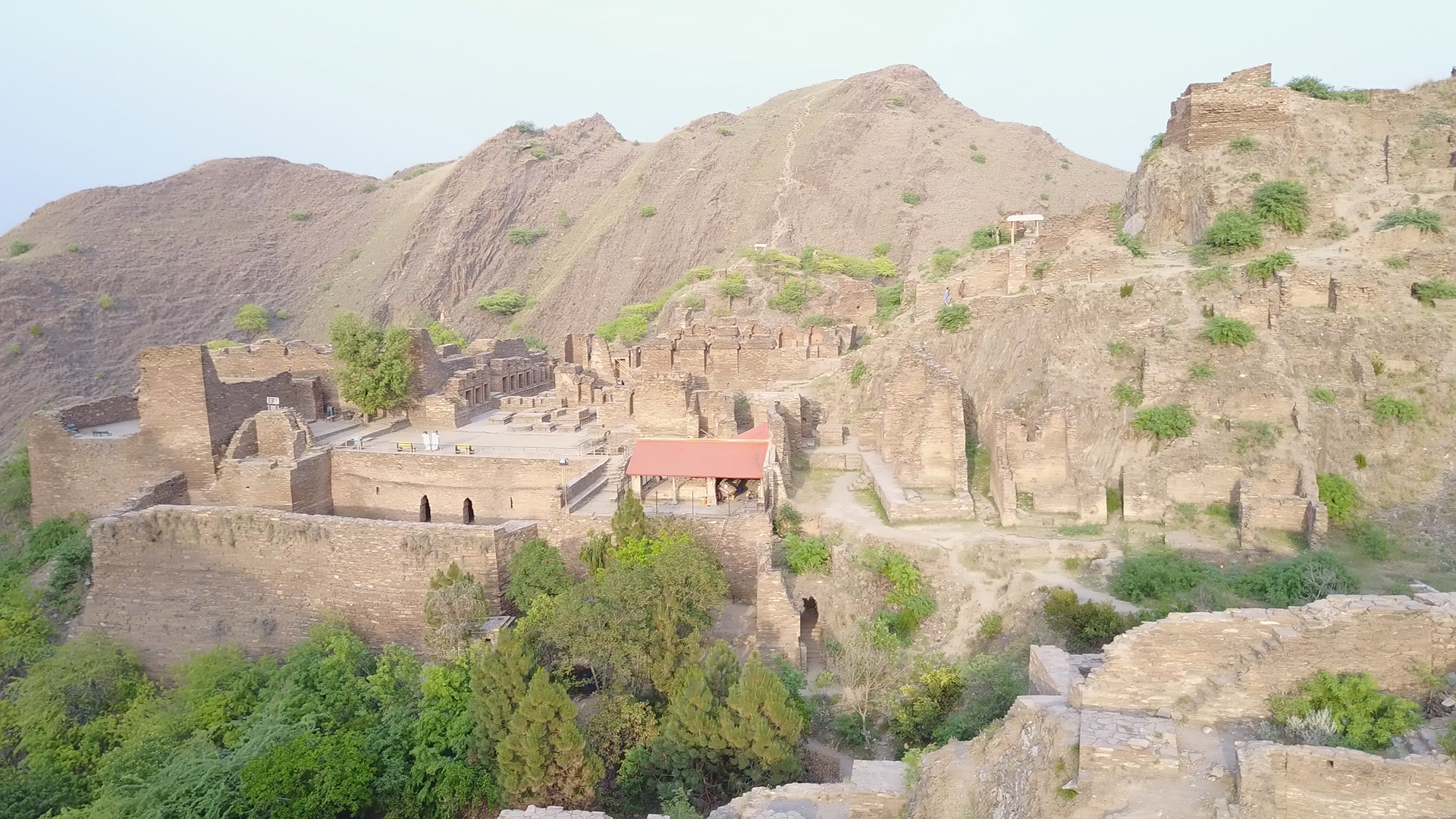 Composing of a series of stone buildings in the Gandhara style, Takht-i-Bahi was constructed with local stone blocks which were set in a mortar made from lime and mud.

The grandiose group of structures can be divided into Four primary areas:

Once atop the main Stupa Court, one feels the breeze of mysticism & self-awareness. These thoughts arise when you glance upon the entire valley from the throne & one disconnects from the world.

There are historical records proving that the monastery was in constant use until around the 7th century, after that the records become quite unclear. This is where the archaeologists become significant, as they can uncover what become of the site between its time of closing, and present day. 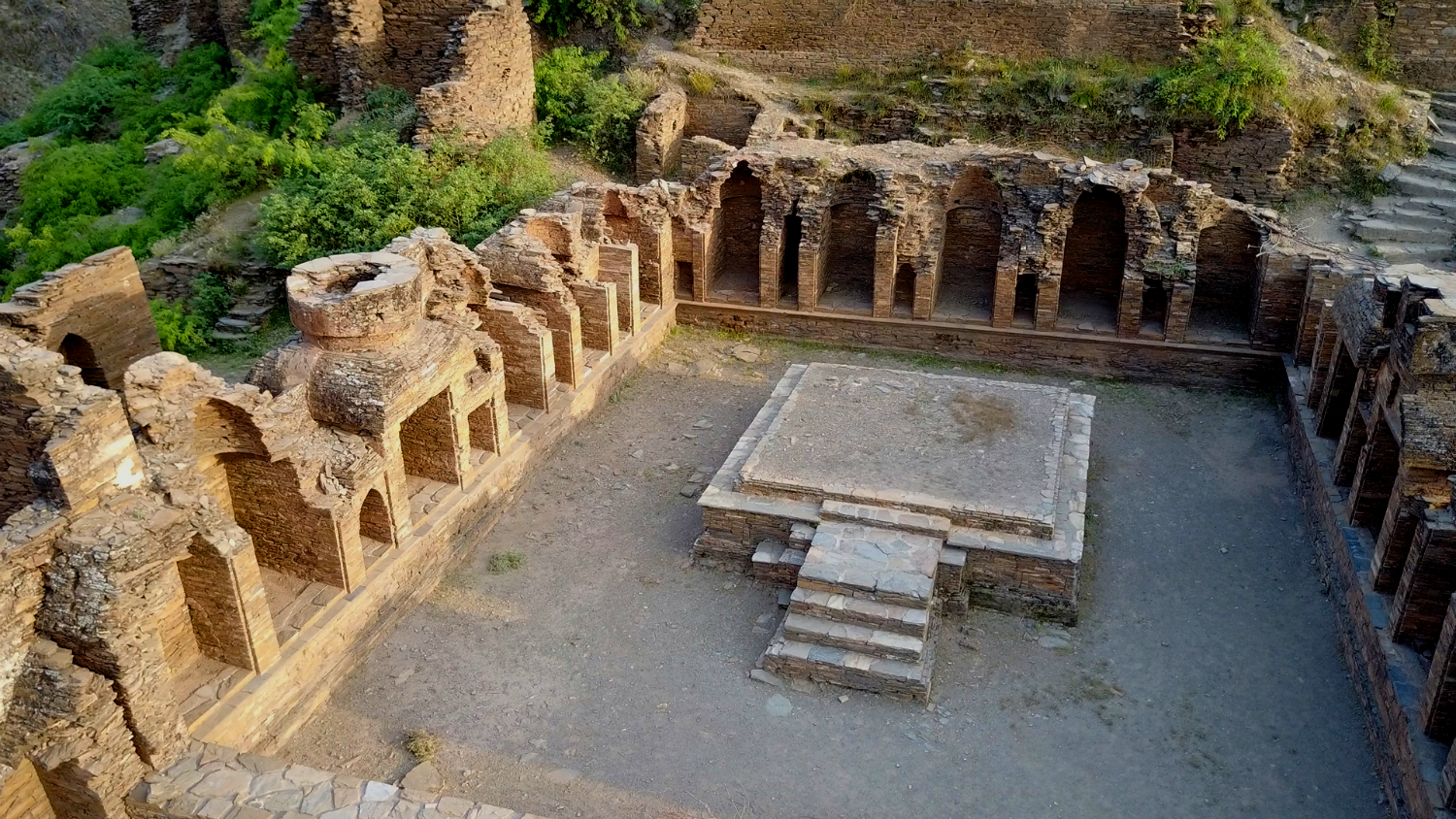 Takht-i-Bahi is constantly being worked on and studied by archaeology students who travel from around the globe to try and learn more about the monastery’s history. The architecture of the monastery has also been well studied and documented, and it is understood that the people who did the initial building were quite advanced in their engineering and civil works, as the structure far surpasses other recorded sites built at this particular time. 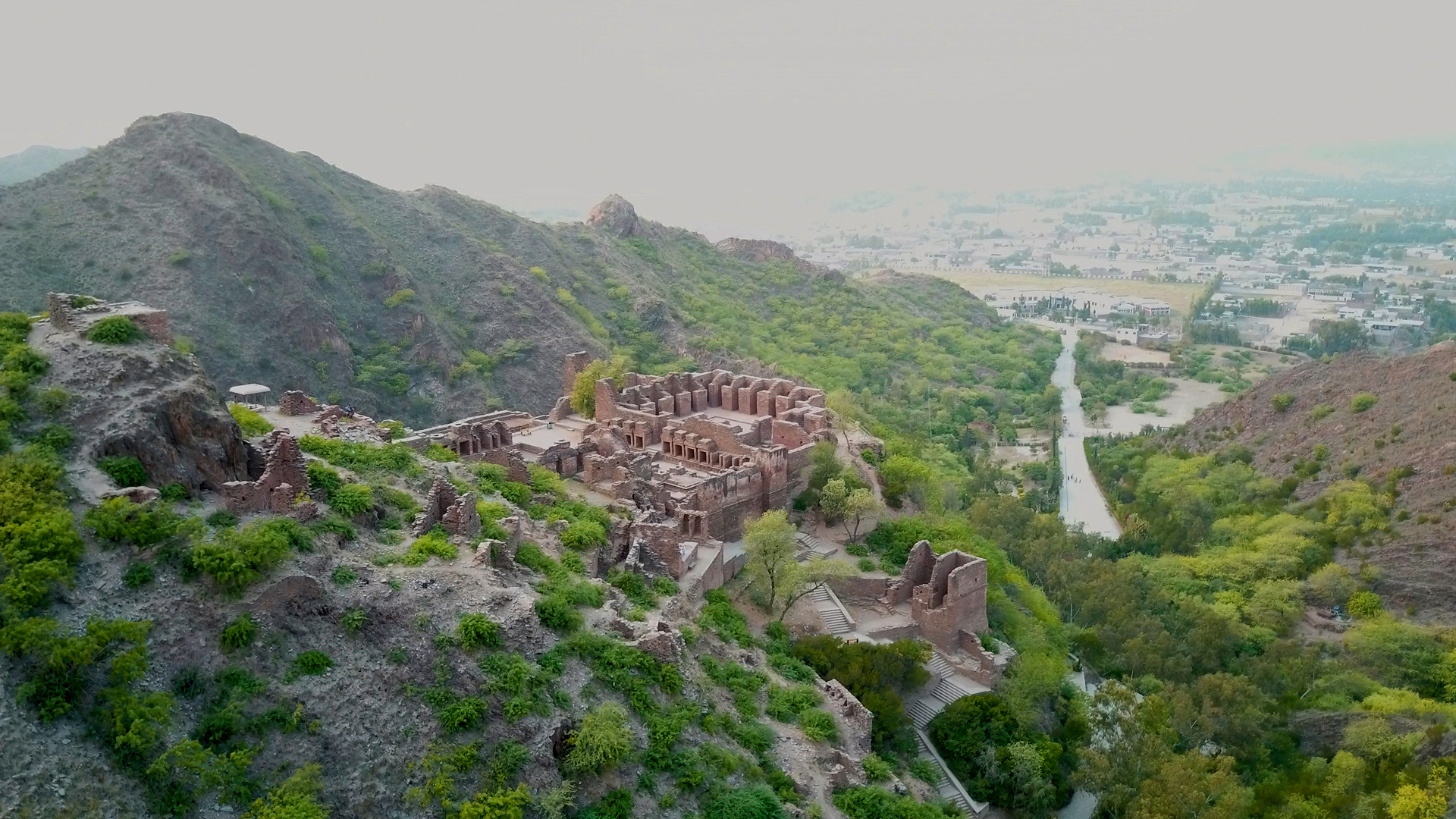 Located approximately two kilometers from the Takht-i-Bahi Bazaar, the ruins attract many tourists and historians as well as Buddhist travelers from around the world. The site is also popular with archaeologists, and due to its age and the level of preservation, it has become an established and important archaeological as well as historical site in the Mardan district.

The busiest time of year to visit the monastery is between September and April when the weather is not too harsh. The summer months are too much to bear for an extensive trip and excavation of the site, as there is very little shade in the area, and the infrastructure on the site is not suited to tourists visiting during the peak of summer, where temperatures can easily reach 100 F or more.

Takht-i-Bahi is an encounter with a very ancient time in South Asia and the ease at which you can reach the monastery makes a journey to witness these ruins entirely worthwhile.

Health Care Consultant &amp; Blogger based out of Chicago, IL.

How to protect yourself from fraudulent immigration consultants & lawyers

The nuts & bolts of Saudi package