He moved to his eternal home: A homage to Junaid Jamshed 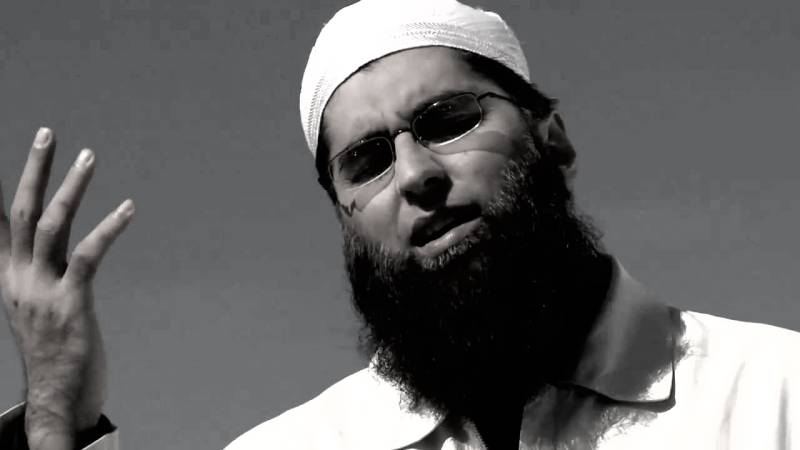 The death of Junaid Jamshed has created a huge vacuum between hardliners and liberals, trendy and conformists, affluent and destitute, small and big, he was the bridge between all. He had complete affinity and relevance with everyone across all income, age, lifestyle, profession, gender and genre.

He always tried to minimise the gap between the two extremes - fundamentalists and moderates across all Sections. He presented Deen as a very much approachable and accessible homely entity yet maintained the true spirit of it, exemplified clergies as an inspirational slice of society.

Junaid Bhai, many times, used to advise me, Muslim has to be the best in every department, he indeed was a top Musician, a top designer, a top philanthropist, a top evangelist, a top Nasheed singer, and a kind hearted human being, a true source of guidance for millions across the world including me. To me, he was a complete human barring few errors, and to err is human.

He was always on the roll, travelling in the path of Allah to every nook and cranny of the world, he used to instruct me a lot, rest leads to rust, a Muslim is like a flowing water stream, everyone should get the benefit of it, stagnant water smells soon.

He used to say, Allah tests someone to his capability, and if you see off that crucial time he blesses beyond imagination, there was a time when he had to sell off everything from the house made on Music fee, he didn’t have finance to buy medicine for her mother, he had to put off his children from convent to government school and then came a time when he didn’t know the count of his J. outlets.

He was an epitome of courtesy and cultivation without a doubt and iota of snob and superiority. Even though if he would have, he could have. If you meet him, he would immediately let you feel like his own. If you call him, his cheering welcoming voice and wisdom will coerce you to talk on and on. He shall give you an impression that you are the most precious living object for him in this world.

Even if I would call him 10 times a day, he would always respond with the same vigour. But that’s not the case with you alone, everyone would echo the same feelings about Junaid Jamshed. A person who bore extremely courteous character.

He had the true demeanour and disposition of Dawat, even if you had met him for a minute without having a single word, you feel as if you have shared the whole world. He had the eye, the barometer to evaluate the pulse and the level of urge and eeman in someone before giving a dose, and that is always a game-changing experience for the most. Very few are blessed with this trait.

Junaid Bhai was extremely God fearing and down to earth, he never intended to harm anyone. Many a time, he was misunderstood.  Once he said to me, “if you find me in the day of judgment perspiring with horror and confusion, just hold one of my arms and drag me to heaven, I always felt like weeping in embarrassment”. I conveyed people’s feedback on media appearances, to which he always replied, “people would only listen to you if they relate to you, where would you find them, I give Dawat to anchors and technical staff at the backstage of every show, just like Prophet PBUH reached out to people at every odd place to convey this Kalima.”

Junaid Bhai was like an elder brother, mentor and counsellor to me, whenever the chips were down, I felt completely down and out, he would sincerely advise me, revitalise me, give me a reason to move ahead. I have been trying to get 4 months leaves since 4 years, every year my efforts remained in vain because of HR policies, he would hold me and instruct me not to make any emotional decision of leaving job and family instantaneously, he said "you have to live here to revive the Deen of Allah in every position you work in. Our Dawat is not an emotional venture it is rather the most logical reason of living. Keep praying, there is always a weakness in our plea to Allah, you can shake the skies of Allah by your prayers if those are back with nightly prayers and tears."

When I got four months sabbatical for Tabligh, I called him, he said “Mabrook, now you have to make it valuable by giving Dawat, if you don’t commit yourself to Dawat/amaal, soon you shall rush to your homes with your heart filled with sickness and worldly desires. He dragged me to complete my full 4 months, once done, he asked me to treat everyone with kindness people will not see you tears in Tahajjud they will see your smile in your conduct.

Some of his suggestions that I remember are:

Better to win a person and lose the argument than winning the argument and losing the person, Allah gives hardest battles to his strongest soldiers, the strongest battle is with your own self, never sell your Deen to purchase the world.

A great thought will only speak to a thoughtful mind but a great action will speak to the entire mankind, People don't want to change because they focus on what they will lose rather than what they will gain, be ready to change. There are 2 cardinal sins from which all the others spring, Impatience & laziness. People expect more from a practising Muslim than an ordinary one.

A man with beard breaking the signal will be remembered more than a man without it. Reach office before rest of lot reaches there.

Junaid Bhai, used to teach me, with digestible doses, when he first met me, he lightly nudged on my black & white beard and said color it, “Prophet PBUH nudged on the beard of Hazrat Abu Hurraira and said the same to him," I hate people who withdraw at so tender age.

May Allah give us strength to highlight the positive qualities of others even if there are millions of negative qualities. Ameen

Prison or home to animals - a deeper dive into Karachi Zoo

You Can Never Go Home Again

What will be the fate of the Prime Minister and his family?

A few secrets Raymond Davis did not disclose in his book