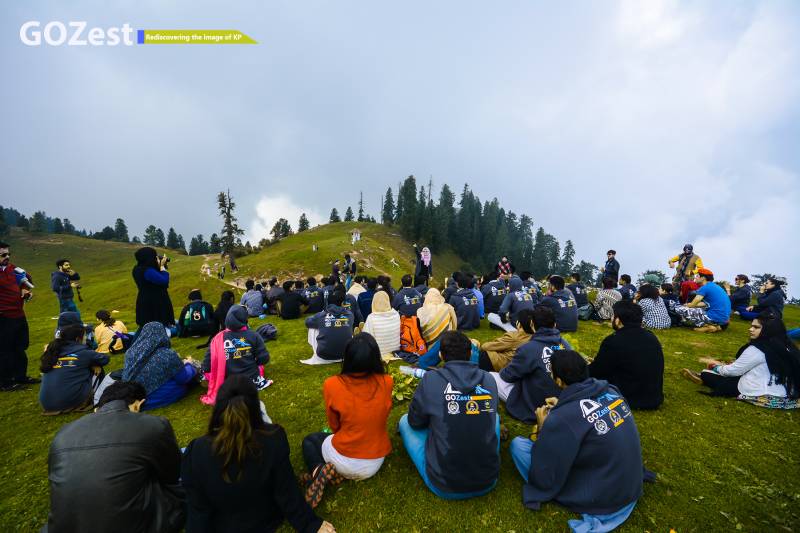 A group of young men and women who were sick of being synonymous with negative connotations took it upon themselves to change the perception of Khyber Pukhtunkhwa and Pashtuns. Under the banner of #GoZest, these youngsters invited the rest of Pakistan to #RediscoverKP. Traditionally known as “The Land of Hospitality”, Khyber Pukhtunkhwa is now commonly associated with extremism, terrorism, insecurity, and intolerance.

Pakistan, and in particular Khyber Pukhtunkhwa is perceived as one of the most dangerous places in the world, adversely affecting the tourism industry in the region. The #GoZest Initiative aims at bringing tourism back to KP, and changing the negative stereotypes associated with the province and its people. 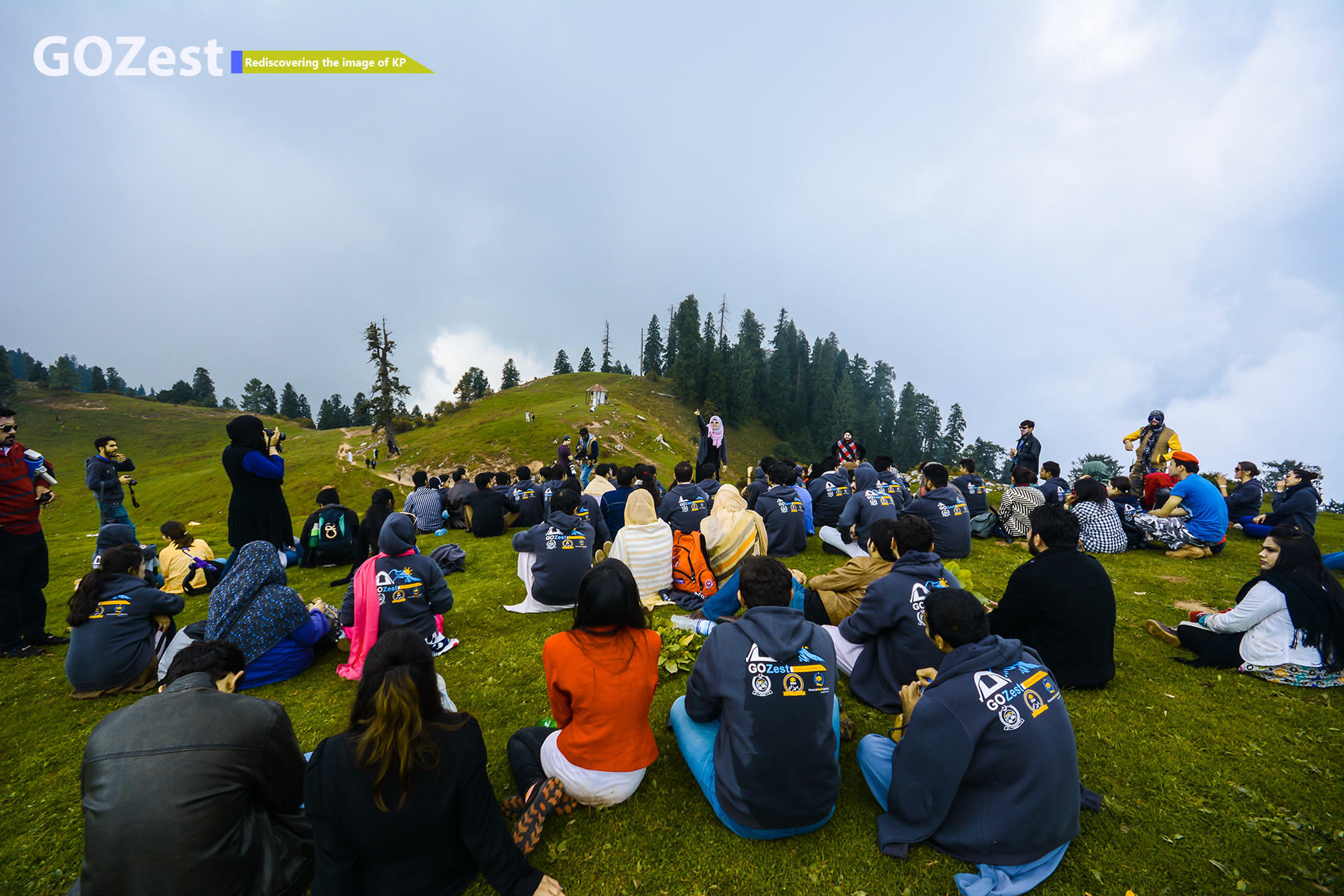 GOZEST was Pakistan’s very first 5-day cultural retreat. The event attracted more one hundred and seventy participants ranging from ages 20 to 30 from all over Pakistan. GoZest gave participants a taste of Pashtun hospitality and allowed them to experience the hidden beauty of Khyber Pukhtunkhwa. Partakers in the excursions viewed five different scenic areas within Abbottabad District including NaththiaGali, Khanaspur, Donga Gali, Bara Gali, and Ayubia.

Apart from daily excursions, participants took part in interactive sessions, question/answer panel discussions, and networking activities. Because the event attracted leading young personalities from the world of business development, politics, media, civil society, and academia; participants were provided with a platform to discuss national challenges towards democracy, education, and peace. Overall the experience enabled inter-cultural dialogue and promoted national integrity. Participants left with a unified vision of peace and harmony for Pakistan and a positive impression of Khyber Pukhtunkhwa.

The opening ceremony of #GoZest was held in Abbottabad with British-Pakistani journalist and film producer Reham Khan as the Chief Guest. After a series of motivational speeches by guest speakers and event coordinators, participants were registered and assigned to their hotel rooms in Nathiagali.

Delegates were divided into groups of 15 with a designated guide as they embarked a series of activities which included a friendly cricket match at the historic Khanaspur Cricket Ground located in Ayubia. The cricket ground is at an altitude of about 2250 meters (7500 feet) above sea level. Next the participants trekked the 4km Pipeline from Ayubia to Donga Gali. Participants took chair lifts to Ayubia National Park, where they planted 1500 plants donated by the Galiyath Development Authority as #gogreen initiative.

The third day involved a visit from young political activist Sardar Sami from Azad Jammu Kashmir and Senator JavedAbbassi of Murree. The day progressed with a visit to Lalazar Safari Park located on Lalazar mountaintop in Nathiagali.

That evening guests participated in a celebration of cultural exchange. Participants were encouraged to wear their traditional ethnic dress and introduce the group to their respective cultures via mini-presentations.  Meanwhile, the hosts of #GoZest entertained the participants with traditional food, music and entertainment of Khyber Pakhtunkhwa Province. Pashtun folk singer FayazKheshgi wooed crowds with his patriotic tunes. 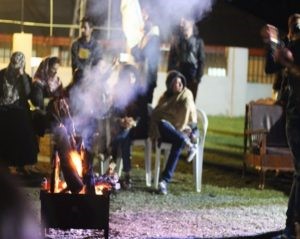 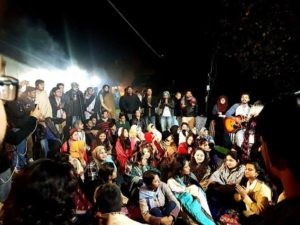 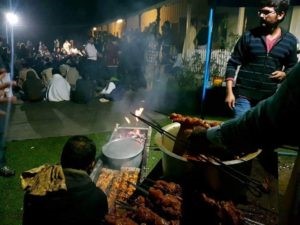 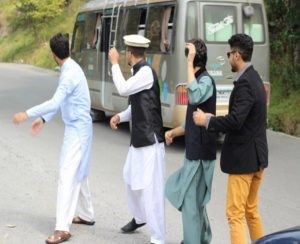 The hosts of #GoZest entertained participants with traditional food, music and entertainment of Khyber Pukhtunkhwa Province.

Day four of #GoZest2016 began within interactive dialogue amongst participants themed, “peace and harmony”. This was followed by a hiking excursion to Mushkpuri Trek. Mushkpuri Top is a 4 kilometers (2.5 mile) trek located 9,400 feet above sea level in Nathiagali, Abbottabad. Once participants reached the magnificent hilltop, they took part in an interactive training session conducted by renowned psychologist and a life coach Ibrahim Siawash. The evening ended with musical entertainment.

The closing included keynote speeches by the Guests of Honour including government officials. Final thoughts on how the young generation of Pakistan can contribute to promoting peace and harmony in the country through promoting tourism and culture. Guests were presented with certificates of honour and shield awards for their participation and valuable contribution to #GoZest.

"It is the younger generation’s responsibility to change the negative perception of Pashtuns and their land. Promoting tourism will not only help promote the image of KP but also boost the economy, and employment sectors.  By promoting tourism, #RediscoverKP is trying to break the link that is often automatically associated between Pashtuns and terrorism."-AbidAtozai 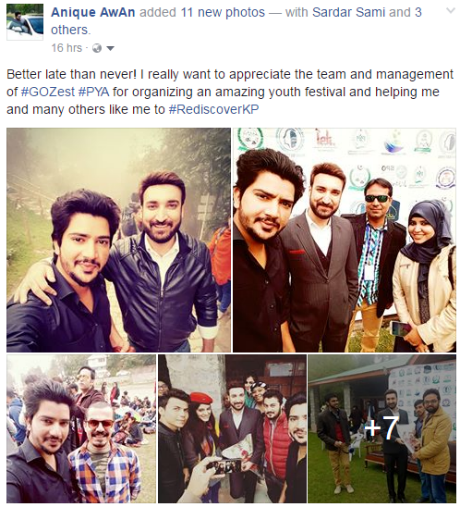 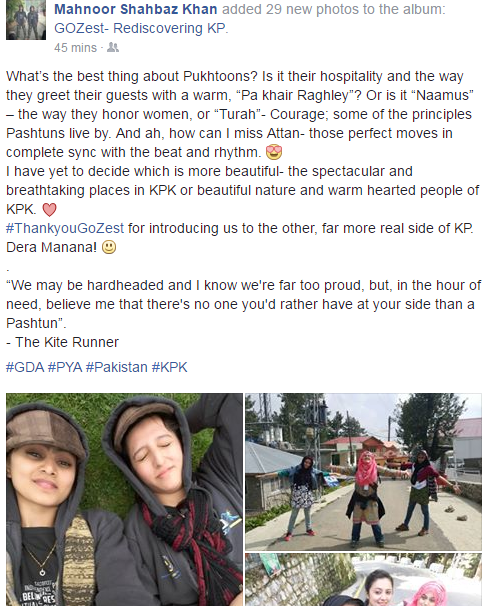