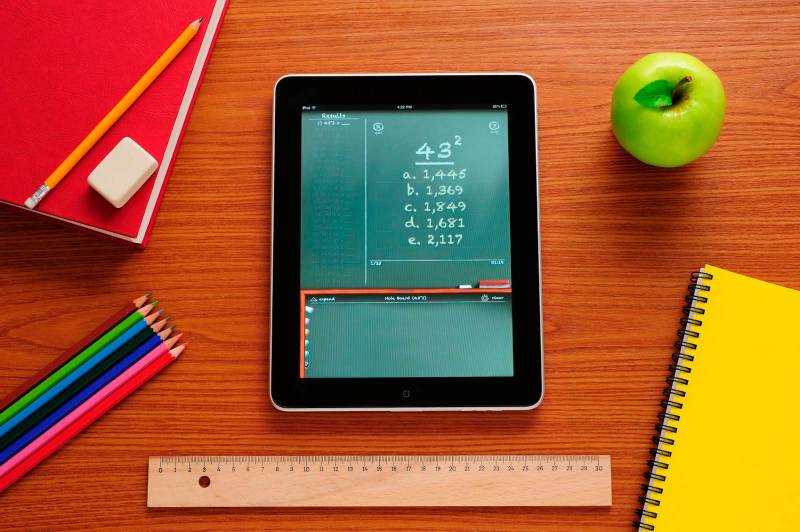 Though Pakistan has progressed in economic and security sectors in the past few years, the state of its social sector leaves little to write home about. And prominent among the numerous issues plaguing this societal development has been a lack of a dependable education system.

According to a study commissioned by Alif Ailaan last year, nearly 25 million children between the ages of five and 16 remain out of school across Pakistan. This massive number constitutes nearly half of the present population in this age group, and is alarming by all standards.

Although the government and authorities have been trying to fight corruption and ghost employees that have put the country’s education network in a deplorable state, it has paid little attention to truly harnessing technology and its unbound penetration to provide education to the millions currently deprived of a basic right.

The Virtual University has been indeed been a worthy initiative in the education sector. Though the usage of mass media, including television, radio, and the internet have helped thousands attain quality education, little has been done to replicate the model at primary and elementary levels.

Another project, the Information Technology University (ITU) in Lahore, has also successfully integrated technology into their teaching methods. For instance, the ITU has developed an education app and software for students to provide them access to quality information online. Similarly, mobile technology and computer tablets are also being widely used in classrooms to enhance the learning experience for students. The trend has managed to bridge the gap between the scholars and academics, but it is the need of the hour to duplicate the methods at junior cadres of the country’s educational system.

More than half of the country’s population of nearly 200 million are mobile phone subscribers, and therein lies a great opportunity for the government to improve education standards. The country has also hopped on to the 4G bandwagon and more than ever before, authorities can draw the internet’s immense power to reach the farthest corners of the country.

Some insightful points of reference could be found in various international initiatives, prime among which has been by SOS Children’s Villages International.

The Hermann Gmeiner School in Arusha, Tanzania has enabled students, teachers and co-workers to use computers to further the cause of education. Initially, the computing technologies were introduced in the school to help teachers manage their lesson plans. Later, the academics realised that the same technology could also be used to deliver classroom lessons as well, e.g, using PowerPoint for class presentation. Introduction of ICT in these classrooms improved overall student grades and flung open fresh avenues for further education.

Numerous video communication platforms have emerged over the years that have transformed the way we communicate. Such technological platforms can be utilized in places where infrastructure constraints do not allow inhabitants to make the usual trip to institutes or bar instructors from reaching educational concerns for that matter.

In these present times, a laptop and a half-decent internet connection are all that’s really needed to turn any room into a classroom and the fruits are all but obvious.

The perks of employing technology in routine chores can be well learnt from someone who has truly utilized it for personal and common good. Imran Ali Khan, CEO of Zameen.com, is an adamant believer in the edge technology provides every sector of modern societies. He and his brothers Zeeshan and Haider have effectively used technology to not only set up a pioneer realty website in Pakistan, but have also introduced systems that help realty consumers with more information and better knowledge to excel in the business.

"I think education is the single greatest challenge for Pakistan at the moment. There are a lot of non-government organizations getting kids into schools, but the quality of education is what needs a major overhaul. I believe technology can play an essential role in disseminating quality education and making sure it reaches all corners of the country," Imran said at a recent ‘ask me anything’ session with Tech in Asia.

If commoners like Khan can turn their fortunes around with a little bit of ingenuity and hard work, the Pakistani government, with its relatively large pool of capital and human resources can surely do wonders in any sector it likes. And the education sector will certainly prove a good starting point in the government’s efforts to turn the nation’s fortunes around.

Azam is the Editor at Bayut.com, UAE's leading real estate portal. He is an MBA and has been associated with the retail, media and real estate industries. He can be reached at azam@bayut.com.