Have we become too pedantic to appreciate good things? 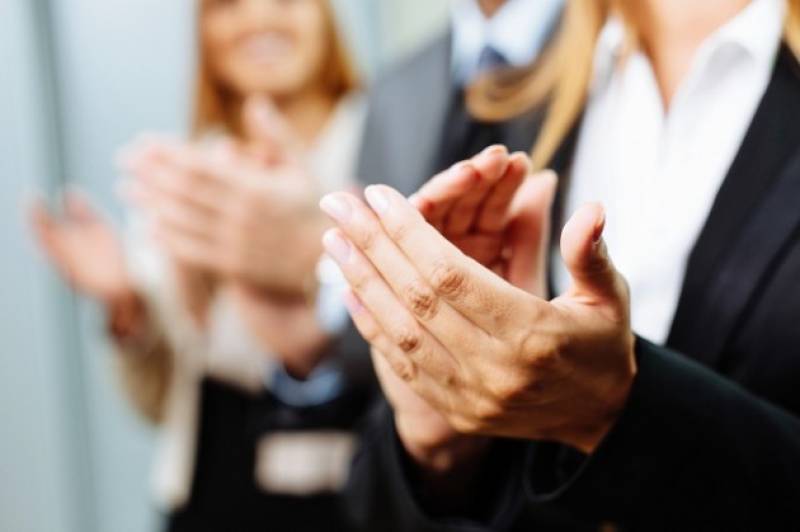 How much does it cost to appreciate somebody? How many brain cells does it actually burn in telling someone how attractive or beautiful one looks on a particular day? How many acres of land can a person actually lose by letting someone know how talented or blessed he is?

We stand in front of the mirror for hours looking at ourselves, admiring what the Almighty has created and blessed us with. Well, some people may actually continue looking at themselves for hours and yet not be satisfied with that. On the contrary, some may indulge in romanticising with their persona, thinking that they have absolutely no competition whatsoever. Thinking only about oneself all the time and then getting drowned in the feeling might be a disorder actually. Looking at oneself and then thinking about one’s rival makes one appreciate oneself more and allows one to work harder in order to make one more presentable in the social circle.

How then, can one invoke in himself the desire or urge to appreciate someone else? Has it become too difficult in modern times to encourage someone to take an initial step that may actually turn out to be a giant leap ideally? Is it really difficult to remove the barriers in our mind or set aside our ego to give somebody a pep talk?

The answer may lie in the fact that we, as a nation have become too critical of anything that comes our way. Perhaps, it’s the media which has set a tone of late to criticise anything or anyone trying to take the path of success. What could be more ironic than a person who decides to take a step to make a difference, actually encounters so much negativity, that either the desire to achieve the goal actually subsides or he may actually drop the idea of doing something positive in the future…

The plant, in order to grow and blossom into a tree, must be nourished, must be watered regularly, taken care of effectively. However if confined to a limited space, and the roots not allowed to grow, it may wilt under the constraint and yield no fruit.

Children, if not encouraged or appreciated from an early age may end up pursuing careers of their parents’ choices or a path that the society does not generally condone, but in the long run, it's imperative to ask whether a person is satisfied from within? Whether a career path that a person chooses gives him enough drive to sustain the passion or the fire that would take him to the spot where he always dreamt of seeing himself after a certain number of years?

Artists, in our society generally are subjected to harsh criticism, from the point they decide to take up their passion as their profession to the time they exhibit their artwork in front of the masses. It's quite a difficult thing to create an art piece and earn accolades from the society.

The thing with art is that it grows slowly, within a person and in the society. An artist usually matures with the passage of time,( well that’s applicable to anyone), but it usually said that unless an artist suffers the hardships that the society has to offer, or doesn’t experience the grind in his profession, he cannot be labelled as a true artist or a professional.

So coming back to the appreciation part. Well, yes it is important if it truly comes from one's inner self. The other case being, a person actually seeing a piece of art, tries to appreciate it, but has to take a nod from someone who is of higher authority, or someone who enjoys a higher rank in a group. That person being a self-proclaimed leader of the group or a hard-core narcissist.

It isn’t a difficult task appreciating or encouraging someone if one is satisfied from within. Possibly, years of struggle and grind take out the softer part of a person and transform him into a thick-skinned brat, that eventually ends up him being ultra critical of any person displaying some form of a talent.

In short, any developed or a successful society has a special feature of acknowledging good things in a person that would, later on, prove to be fruitful to the society. Criticism, if done positively can be a great learning experience but if done just for the sake of it might actually result in regression, which might prove to be disastrous in the long run.

The writer is a creative writer who promotes and appreciates liberal arts, and an aspiring actor. He can be reached at saad.khalid39@gmail.com

No, we don't have to reduce Meghan Markle to the status of "a black divorcee" to prove a point