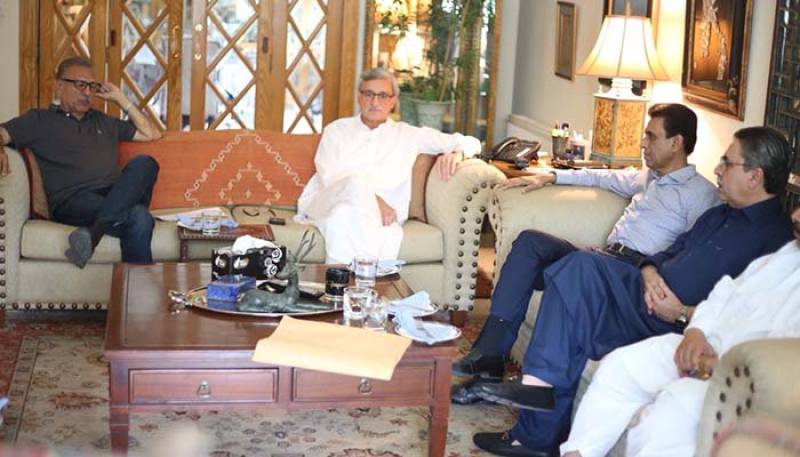 ISLAMABAD- A high-profile delegation of the Muttahida Qaumi Movement-Pakistan (MQM-P) met Pakistan Tehreek-e-Insaf chairman, Imran Khan in Islamabad on Friday to pave way for a coalition government at the federal level.

Accompanied by PTI leader Imran Ismail, the MQM delegation left Karachi for Islamabad earlier today to meet PTI chief and PM-in-waiting, Imran Khan at his Bani Gala residence where party convener Khalid Maqbool Siddiqui, who is leading the MQM-P delegation will put forth his party's demands in exchange of joining the government.

Interestingly, the delegation was to meet Imran Khan if the first round of talks with PTI leaders Arif Alvi and Tareen was found successful.

Muttahida Qaumi Movement-Pakistan had earlier decided to join PTI to form the federal government after it held talks with the delegation of Pakistan Muslim League Nawaz.

Earlier in the day, the PPP had clarified the MQM-P that it must make a choice between joining the PTI-led federal government and PPP-led Sindh government.

The MQM-P clinched 16 seats in the Sindh Assembly in the July 25 general elections and has six seats in the National Assembly which it can lend to PTI having 116 seats at the federal level.