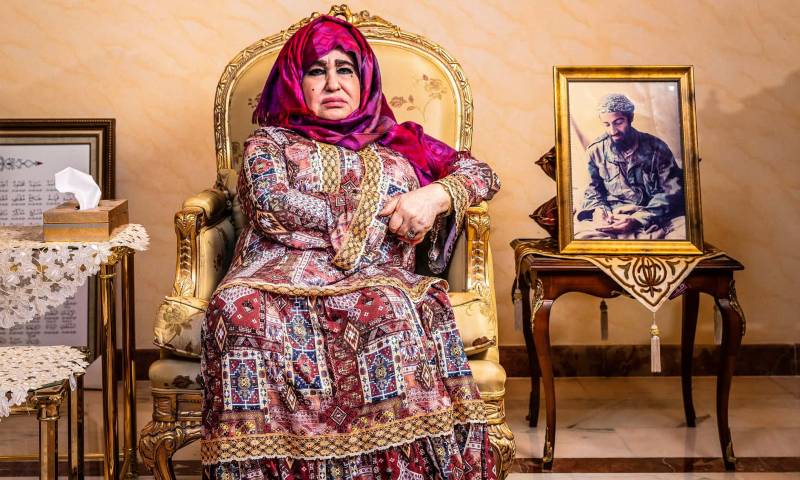 JEDDAH - Alia Ghanem, the mother of former al-Qaeda chief Osama bin Laden, has opened up for the first time about the transformation of her son from being a 'good kid' to a symbol of fear, deflecting the blame for the unpleasant personality shift to OBL's fellows.

In an interview to a British newspaper, Ghanem expressed that OBL was a very good kid and he loved her so much.

Sitted beside Osama’s half-brothers, Ghanem recalled her firstborn as a shy boy who was academically capable and became a strong, driven, pious figure in his early 20s while studying economics at King Abdulaziz University in Jeddah, where he was also radicalized.

“The people at university changed him as he became a different man.” said the 70-year-old lady in response to the most sought-after query.

She mentioned that one of the men he met there was Abdullah Azzam, a member of the Muslim Brotherhood who was later exiled from Saudi Arabia and became Osama’s spiritual adviser.

“He was a very good child until he met some people who pretty much brainwashed him in his early 20s. You can call it a cult. They got money for their cause. I would always tell him to stay away from them, and he would never admit to me what he was doing because he loved me so much.” said the lady who wore wrinkles on her face.

When the lady wearing Red Hijab was asked about the reaction over the realization of the fact that her son had turned into a fully grown jihadist, she replied that it never crossed her mind that such transformation would ever take place.

'We were extremely upset. I did not want any of this to happen. Why would he throw it all away like that?,' replied the lady.

The conversation with the Guardian was joined in by the half-brothers of Osama bin Laden, Ahmad and Hassan with the latter saying that everyone respected the former al-Qaeda chief in the early days when he headed to Afghanistan to fight Soviets.

“At the start, we were very proud of him. Even the Saudi government would treat him in a very noble, respectful way. And then came Osama the mujahid,” Hassan said.

He continued that he was very proud of him in the sense that he was his oldest brother adding that he taught him a lot.

'But I don’t think I’m very proud of him as a man. He reached superstardom on a global stage, and it was all for nothing,' decried the bin Laden family member.

Ahmad, another brother of Osama bin Laden asserted that Ghanem was in denial, 17 years on.

'She loved him so much and refuses to blame him. Instead, she blames those around him. She only knows the good boy side, the side we all saw. She never got to know the jihadist side,' said Ahmad.

Regarding the links of OBL's family with the ruling elite of Oil-rich kingdom, Ahmad opened up with pleasant remarks for the top leaders.

“We had a very good relationship with Mohammed bin Nayef [the former crown prince]. He let the wives and children return,” said the half-brother of once global terrorists though as a matter of fact, they have freedom of movement inside the city, they cannot leave the kingdom.

Osama's brother expressed that they were shocked over the 9/11 carnage, but added that they knew who could be behind all this.

'I was shocked, stunned. It was a very strange feeling. We knew from the beginning [that it was Osama], within the first 48 hours. From the youngest to the eldest, we all felt ashamed of him. We knew all of us were going to face horrible consequences. Our family abroad all came back to Saudi,' decried Ahmad.

When the all-powerful family was asked about the 29-year-old son of Osama bin Laden known as Hamza, they were against his rise in the terror landscape. 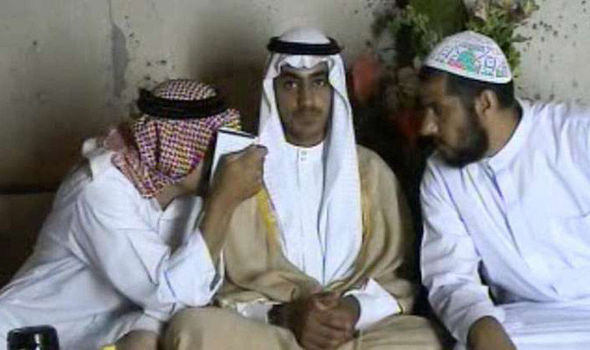 "We thought everyone was over this. Then the next thing I knew, Hamza was saying, ‘I am going to avenge my father.’ I don’t want to go through that again. If Hamza was in front of me now, I would tell him, ‘God guide you. Think twice about what you are doing. Don’t retake the steps of your father. You are entering horrible parts of your soul.'" said Hassan in a visible gesture of not being aligned with the heir of OBL.

Ghamen had parted ways with the father of Osama bin Laden when he was three. In the following years, she married Mohammed al-Attas who took care of all the siblings of Osama and received appreciation from Ghamen as well.

“He raised Osama from the age of three. He was a good man, and he was good to Osama,” said the lady as she sat in her palatial house in Jeddah.

Osama bin Laden was shot dead in the Neptune Spear operation launched by US Navy Seals as they tracked down the 'militant' in Pakistan's Abbottabad city, in 2011.