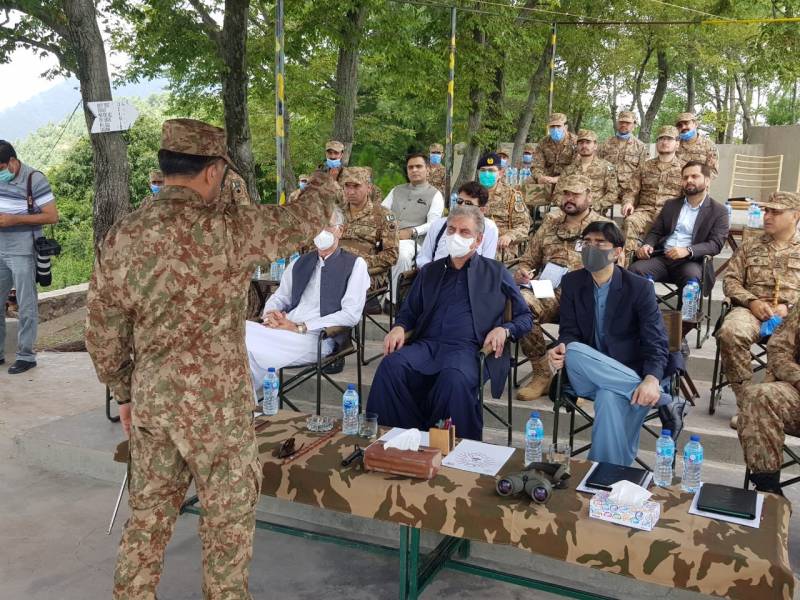 According to media details, the Foreign Minister has said entire Pakistani nation including the armed forces fully stand by the Kashmiri people in their just struggle for right to self-determination.

Military officials briefed Shah Mehmood Qureshi and Pervaiz Khattak in detail. The foreign minister paid tribute to soldiers of Pakistan Army and said that entire nation is proud their bravery.

In a video message along with Defense Minister Pervez Khattak, he said the Kashmiri people have rejected the Indian illegal steps of 5th August, adding that nobody will accept them.

The Foreign Minister said the Kashmiri people will continue their struggle until they get their right to self-determination.

Earlier, the foreign minister announced on Friday to observe ‘Youm-e-Istehsal-e-Kashmir’ (Day of Exploitation in occupied Kashmir) on August 5 (Wednesday) to mark one year of Indian government’s move of scrapping special status of the valley.