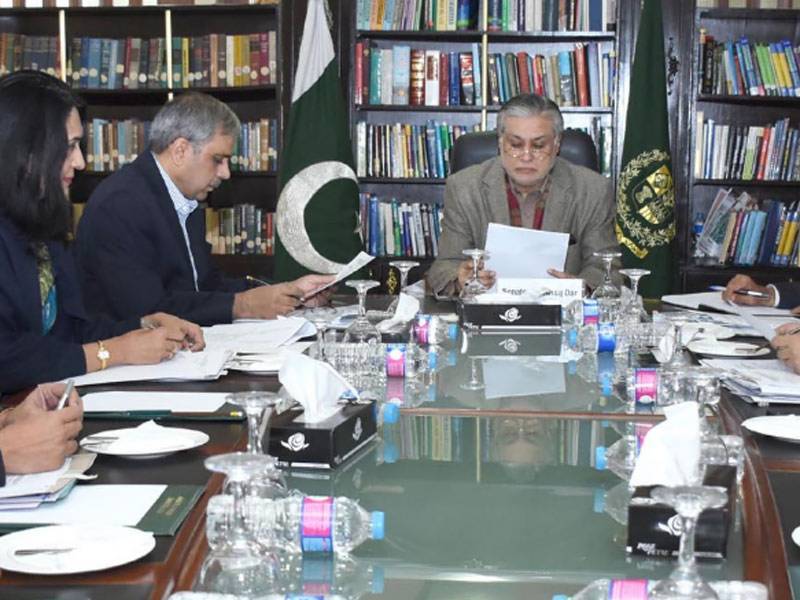 ISLAMABAD - Finance Minister Ishaq Dar has expressed the commitment of the government in development and promotion of Islamic Finance.

He stated this while presiding over the first meeting of the Committee for Implementation of the recommendations of Steering Committee for Promotion of Islamic Banking in Islamabad on Saturday.

The Minister said the issuance of Sukuks by the present government during the last three years, including the recent issuance of one billion US dollars international Sukuk, is proof of the government’s commitment to Islamic Finance.

Deputy Governor State Bank of Pakistan and convener of the Committee Saeed Ahmad briefed the meeting on the recommendations of the steering committee.

The Committee was also briefed on the salient features of the Wakalah Sukuk.

The Finance Minister appreciated the efforts of the Committee members and assured them of his full support for the promotion of Islamic finance in the country.

The Finance Minister also chaired a meeting to review the preparations for his visit to Paris to participate in 4th biennial "Open Government Partnership" to be held from Tuesday.

Ishaq Dar said Pakistan's participation in OGP will be another step towards increased government transparency and stronger accountability leading to greater prosperity and wellbeing of the citizens.