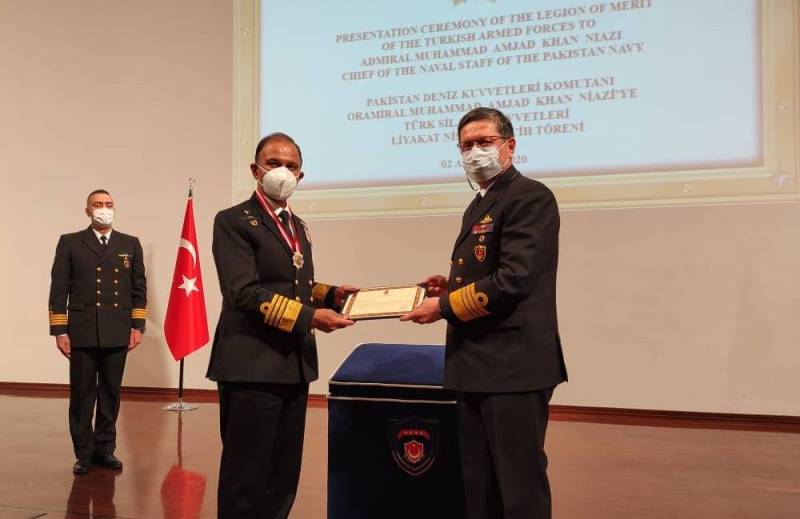 Admiral Muhammad Amjad Khan Niazi is on an official visit to Turkey. Upon arrival, the naval chief was presented guard of honour at TNF Headquarters.

Regional security, bilateral collaboration and mutual interest were discussed in the meeting. The CNS and Turkish military officials lauded each other’s contribution to maintaining peace and stability in the region.