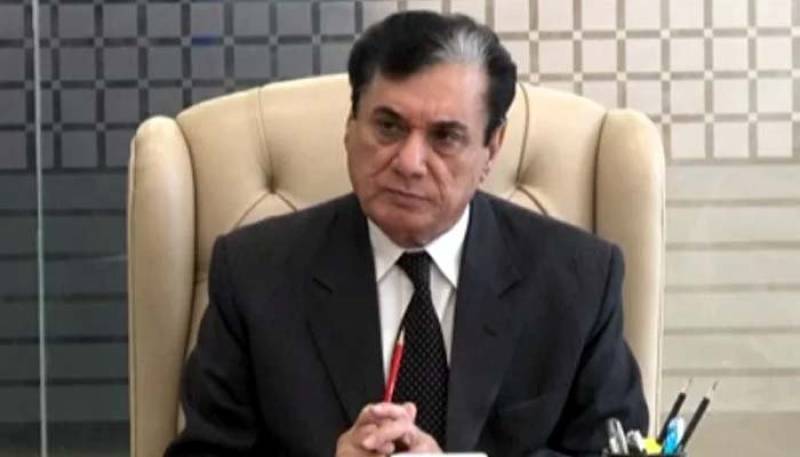 During his visit to the NAB KP office, Justice Iqbal took a jibe at critics for not pursuing PTI government-linked cases, saying the Bus Rapid Transport (BRT) case was sub-judice.

He said that the probe into Billion Tree Tsunami project was in process while Malam Jabba resort probe had been concluded in the light of the Peshawar High Court’s directives.

A Supreme Court bench, headed by the then chief justice Saqib Nisar, had in September 2018 stopped NAB from probing alleged corruption in the BRT project. The apex court in February last year had also stopped a Federal Investigation Agency probe into the project.

KP Minister for Labor and Human Rights Shaukat Yousafzai, while explaining the provincial government’s rationale for stopping the probes through stay order said that the project was built through a loan from the Asian Development Bank.

He said that if the provincial government had not taken stay from the apex court, the investigations would definitely have led to the stopping of work on the project.

Besides, Mr Yousafzai said, it would also have led to an increase the amount of the loan.

He said that the provincial government took stay from apex court to complete the project on time. “The BRT is now functioning,” he said.

A NAB statement issued here quoted Justice Iqbal saying that NAB had summoned even “sacred cows” which was impossible in the past.

Awan said that NAB KP since its inception had processed 56,397 complaints, 3,831 complaint verifications, 1,940 inquiries and 765 investigations and filed over 560 references.

He said that presently, 192 corruption references were under trial in different accountability courts of Peshawar.

He said that NAB KP had recovered Rs12.621 billion from corrupt elements since its inception, whereas it had incurred expenditures of Rs3.103bn.

“The bureau has also recovered billions of rupees from fake housing societies and returned the looted money to investors,” he said.

Speaking on the occasion, the NAB chairman said that the KP chapter was an important chapter of the accountability body and playing a vital role its overall performance.

He said that business community and bureaucracy were backbone of country’s progress and prosperity.