Rain to hit Punjab, KP in next 24 hours 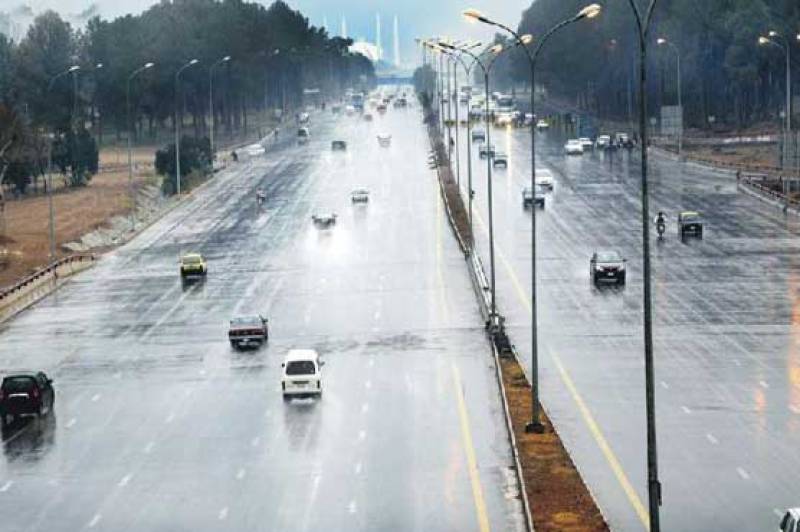 ISLAMABAD - Rain along with snowfall continued in the hilly areas of Gilgit-Baltistan, while major cities of Punjab, KP and Islamabad will receive rainfall in the next 24 hours.

Rain-thunderstorm with snowfall over the hills) is expected at a number of places in Khyber Pakhtunkhwa, FATA, Upper Punjab (Rawalpindi, Gujranwala, Sargodha, Lahore divisions), Islamabad, Kashmir and Gilgit-Baltistan and at scattered places in Balochistan( Quetta, Zhob and Kalat divisions), isolated places in Southern Punjab and Sindh.

According to Pakistan Meteorological Department, a fresh westerly wave entered Pakistan on Friday and will continue through Sunday evening.

According to Met, foggy conditions are likely to prevail in south Punjab and Upper Sindh during night and morning hours.

In Gilgit-Baltistan, intermittent rain and snowfall over the hills continued on Friday as well, which also decreased the temperature. Many cities of GB are experiencing cold weather condition.