Man assaulted inside ATM booth after withdrawing money in Bahawalpur 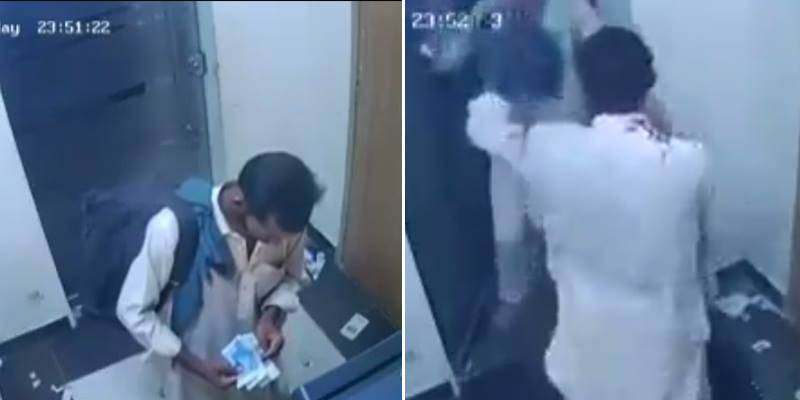 BAHAWALPUR - A middle-aged man was brutally assaulted as he withdrew money from an ATM booth in Bahawalpur city of Punjab.

The incident took place a few weeks ago when a robber barged into an ATM booth as soon as the man inside tried to get out of it after taking his money.

The robber who carried a gun did not let the man get out of chamber and instead indulged in a brawl with him.

After a few moments, the robbers got hold of the man and then resorted to pistol-whipping. The helpless soul laying on the ground faced the worst kind of attack as the robber knocked him out with butt of the gun repeatedly.

Initially, the robber walked out without taking any money however, he returned back and deprived the injured man of his hard-earned bucks as well.

The whole incident was captured on a CCTV camera but no one from inside the bank gave a helping hand to the man. Reportedly, the incident took place at College Road Fareed Gate, Bahawalpur .

If you know something substantial about the story, do report to us.