First flight of British Airways lands in Pakistan after 11 years 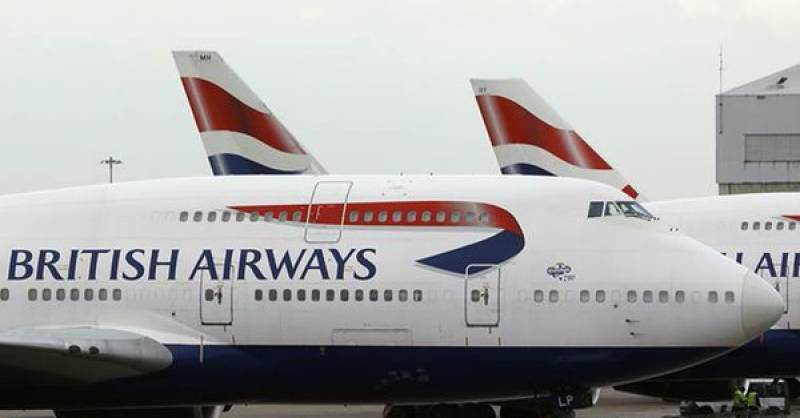 ISLAMABAD – British Airways has resumed its flight operation to Pakistan after a more than decade long hiatus.

The first flight of British Airways (BA- 261) landed at Islamabad International Airport at 9:25 am from Heathrow, London where 240 passengers arrived by the Boeing 787 Dreamliner with Pakistani and British flags in their hands.

In line with the spirit of this joyous occasion, Minister for Aviation Ghulam Sarwar Khan, Advisor to Prime Minister on Commerce Abdul Razak Dawood, Special Assistant on Overseas Pakistanis Zulfiqar Hussain Bukhari and senior officials of Aviation Division and the British High Commission welcomed the passengers at Islamabad International Airport.

The same aircraft will depart for Heathrow at 11:10 a.m. with passengers on board from Islamabad.

A big day for the UK and Pakistan. @British_Airways first flight on its new direct service to Islamabad takes off from London Heathrow this afternoon. It can look forward to a warm welcome when it lands here tomorrow. pic.twitter.com/S18Jr27QXW

BA stopped flying to Pakistan in 2008 after a suicide bombing attack that killed more than 50 people at a Marriott Hotel in the capital, Islamabad.

BA said at the time that it would suspend operation to the South Asian country, declaring: "We will not compromise on the safety of our customers, staff or planes."

But security situation has since improved and BA dispatched its first direct flight from London Heathrow to Islamabad on Sunday, becoming the only western airline to serve Pakistan.

Until now, Pakistan's national airline, PIA, was the only carrier to fly directly from Britain. Some Middle Eastern airlines, includingQatar, Etihad, Emirates and Turkish Airlines, also provide service to the country.

As per the flight programme during the summer season, the British Airways will fly thrice a week between Heathrow and Islamabad. Considering presence of large Pakistani diaspora in the United Kingdom, the British Air flights will provide a convenient connection between the two countries.

Apart from the diaspora, the flight link will promote cultural values, tourism and business opportunities between the United Kingdom and Pakistan.

As a new hub for air travel, Islamabad International Airport will provide easy and convenient access to all parts of Pakistan. Several other major air operators have shown keen interest in initiating operations to Islamabad.

It is expected that with the growth of number of passengers and cargo traffic, the initiatives will provide impetus to the growth of the aviation sector in line with the National Aviation Policy, 2019.