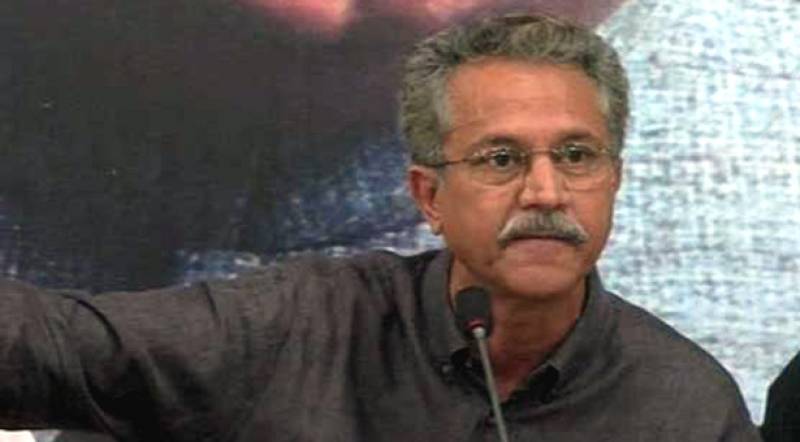 KARACHI (Web Desk) - Another leader of Muttahida Qaumi Movement, Waseem Akhtar, has been booked under sedition and terror charges.

The officer added that the MQM leader was booked under Sections 123-A (Condemnation of the creation of the State and advocate of abolition of its sovereignty), 124-A (Sedition) of Pakistan Penal Code and Telegraph Act and Section 7 of Anti-Terrorism Act of 1997.

Earlier on Thursday, the police registered a sedition case against a senior London-based MQM leader on the complaint of a local resident, who cited media reports as the sole evidence in his plea.

“An FIR has been registered against Muhammad Anwar at the Gulbahar police station on a complaint of local resident Imran Bikik,” said DIG-West Feroze Shah.

“He approached the police and filed a complaint after which the due process was followed to register the FIR (No 148/2015). The main crux of the sections in the FIR alleges that he conspired against the country and its sovereignty,” the police officer added.

Though the police authorities did not come up with any immediate plans against Muhammad Anwar, the Muttahida termed the case continuation of a “state-backed campaign against the party”, vowing to take the legal course to counter the allegation.