Zaid Hamid released by Saudi Arabia, back in Pakistan 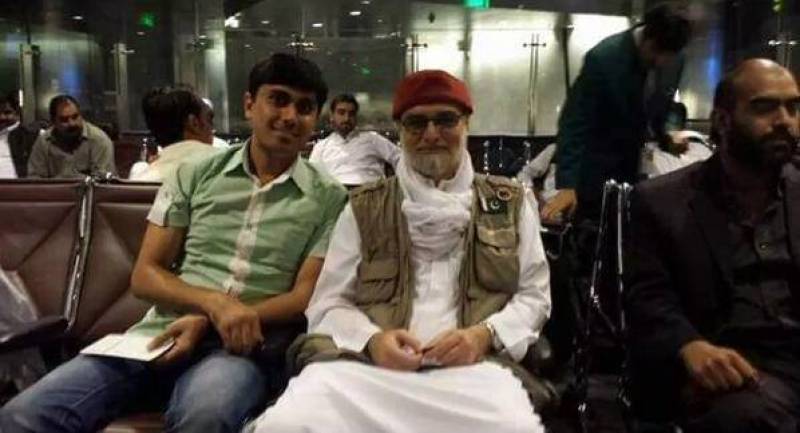 LAHORE (Staff Report) - Pakistan's renowned defence analyst Syed Zaid Zaman Hamid has been released by Suadi Arabian authorities and he is back in Pakistan, said his Facebook official page on Saturday.

More Like This: Indian proxy war against Pakistan must end, says PM Nawaz

The post said that Zaid Hamid was released without being charged with any offence and reached back home honourably last night.

It further said that Hamid will not be making any statement to media in near future as he is currently resting and needs some time in privacy. He will soon resume his activities after few days.

More Like This: PM Nawaz was left ‘isolated’ by world leaders during UN General Assembly session

Allahu Akbar !!! Alhamdolillah Kaseera !!Sir Zaid Hamid is back in Pakistan with dignity and in good health. Released...

Sources close to Hamid claimed that Pakistani security agencies and foreign office officials played key in his release. Pakistan's strong stance pushed Saudi authorities to change their mind about convicting him for the charges of hate speech.

Earlier there were rumours circulating online that Zaid Hamid was possibly killed during his detention Saudi Arabia.

However the family of the renowned analyst has dismissed the claims saying that "he is in good health and people should not listen to any propaganda news of his death."

Editor investigation/anchorperson ARY News, Asad Kharal tweeted on September 30 that Hamid may have been killed in custody of Saudi Arabia during the time of Mina tragedy.

He tweeted the whereabouts of the famous commentator:

Heard through someone that Zaid Hamid, defense analyst who was arrested & sentenced in #KSA was killed in custody around the Mina incident

Previously, Hamid was arrested during a private visit to the Kingdom with his wife in June. He was reportedly taken into custody after making speeches against the Saudi government.

Foreign Office spokesperson Qazi Khalilullah told a news briefing in Islamabad “Our embassy in Riyadh has informed us that Mr Zaid Hamid was arrested about two weeks ago. Since then, the embassy has been working with the local authorities to get consular access.”

Saudi Arabia had granted consular access to Zaid Hamid after initial refusal which was followed by the media reports that he had been sentenced for eight years in prison and 1,200 lashes for criticizing Saudi government.

However further reports said that Zaid Hamid was not convicted of any offence in Saudi Arabia and that Pakistani security agencies were continuously in contact with royal authorities for his earliest release. According to Hamid’s Facebook official page he was currently was in process to get released.

It is also pertinent to be mentioned here that Zaid Hamid is often dubbed as close to Pakistani military establishment, who is time and again seen holding foreign intelligence agencies including Indian RAW, Israeli Mosad and American CIA responsible for worsening law and order situation in Pakistan.

According to him country's top militant group Tehreek-e-Taliban Pakistan (TTP) is actually a proxy of anti-Pakistan countries. He also leads a local organisation that is struggling for the restoration Islamic Khilafah inside Pakistan.