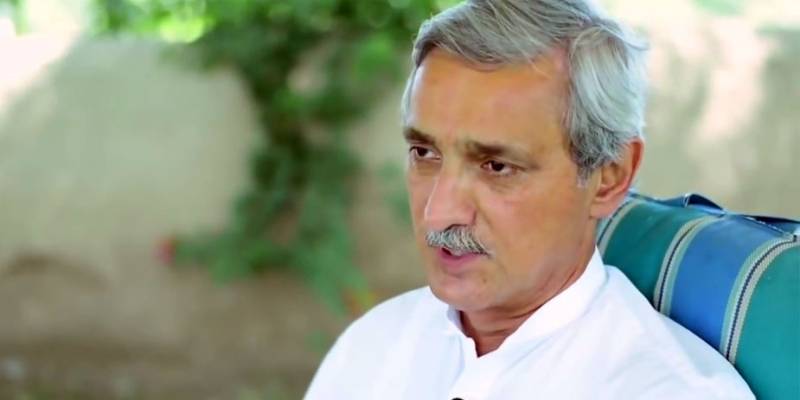 LAHORE – A lawyer has filed a petition against the former secretary general of Pakistan Tehreek-e-Insaf (PTI) for chairing meetings in the prime minister’s secretariat while ignoring the country’s top court orders following his disqualification.

In his petition, Ch Shoaib Saleem contended that Tareen was disqualified for life by the Supreme Court but he not only attended important sessions at the Prime Minister House but also issued directives to the relevant authorities. He has asked the Lahore High Court to bar Tareen from chairing the government sessions in the light of SC orders.

The disqualified former parliamentarian recently chaired a meeting of top government officials at the secretariat of the prime minister, revealed the official minutes of the meeting.

ISLAMABAD - The supreme court ratified the disqualification of Pakistan Tehreek-e-Insaf leader Jahangir Tareen as it ...

On Sept 13, Tareen convened a meeting of the Livestock Emergency Working Group that had been assigned to develop a concrete plan to deliver on the prime minister’s commitment to revamping the livestock sector under the ‘Uplift Agriculture and Conserve Water’ theme of the new government’s 100-day agenda. The next meeting of the working group has been called around mid-October.

Tareen was disqualified on Dec 15 last year for mis-declaration under Article 62(1)(f) of the Constitution — the same provision under which former prime minister Nawaz Sharif was held ineligible for life to hold any public office over the Panama Papers leaks case.

The former general secretary of the PTI, Tareen, had filed a petition in the Supreme Court to review the Dec 15 verdict — this was, however, rejected on Sept 27, 2018.