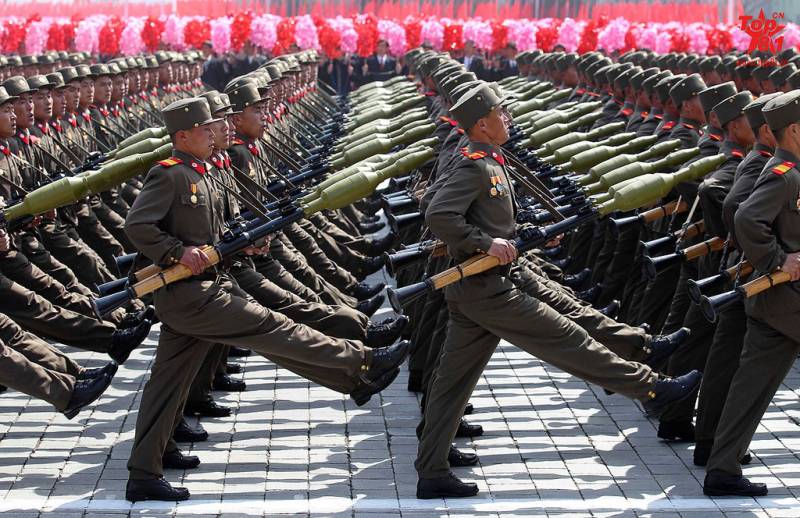 BEIJING (Web Desk) - China held a lavish parade in Beijing on Thursday to mark the defeat of Japan in World War Two, showcasing its military might on an unprecedented scale.

President Xi Jinping in his opening speech paid tribute to "the Chinese people who unwaveringly fought hard and defeated aggression" from Japan.

He also said the People's Liberation Army would be reduced by 300,000 personnel, but gave no timeframe, the BBC reported. 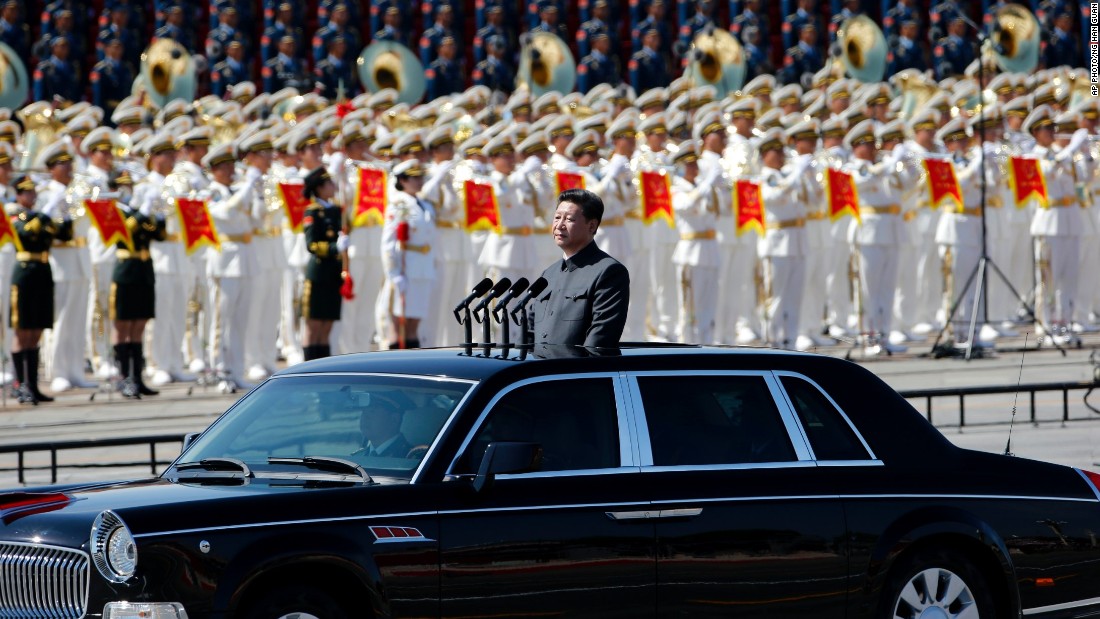 "Prejudice and discrimination, hatred and war can only cause disaster and pain," Xi said under a clear blue sky. "China will always uphold the path of peaceful development."

He then descended to Beijing's main thoroughfare and inspected rows of troops, riding past them in a black limousine and bellowing repeatedly: "Hello comrades, hard-working comrades!"

More than 12,000 soldiers, mostly Chinese but with contingents from Russia and elsewhere, then marched down Changan Avenue, led by veterans of World War Two carried in vehicles. 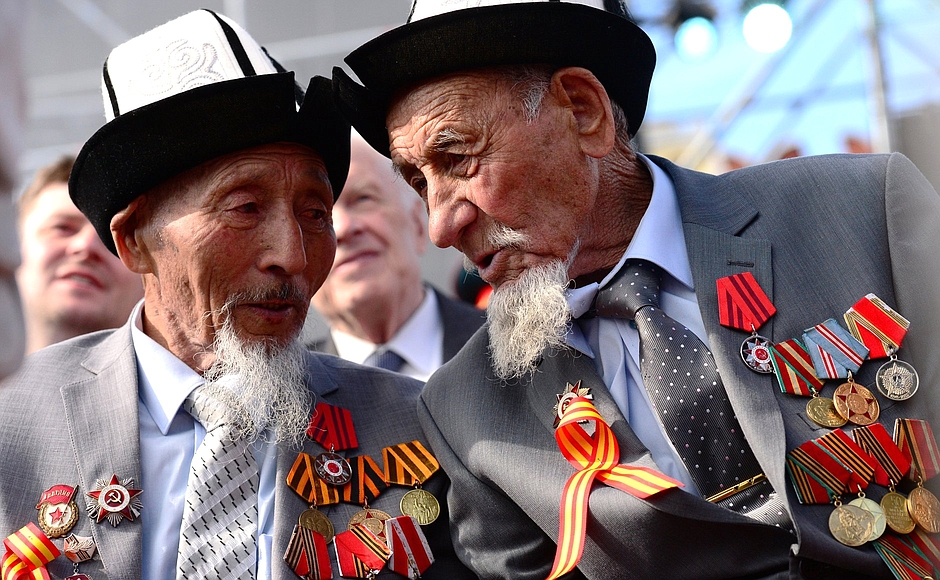 They were followed by ballistic missiles, tanks and armored vehicles, many never seen in public before. Advanced fighter jets and bombers flew overhead in a highly choreographed spectacle that lasted around 90 minutes. 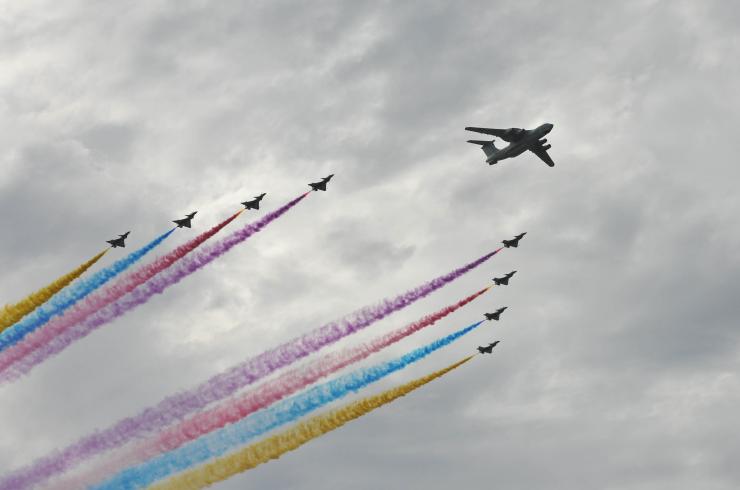 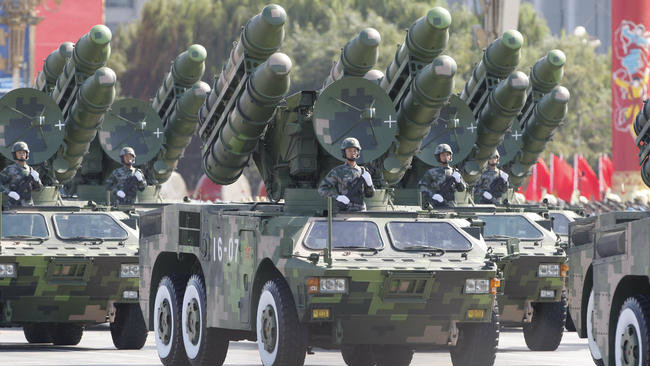 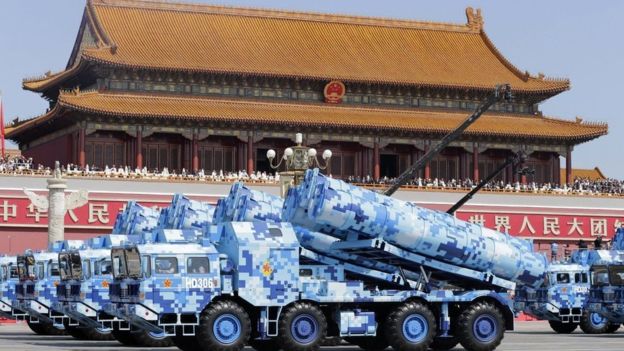 China has several territorial disputes with neighbours in the South China Sea, as well as with Japan in the East China Sea.

Ahead of the parade, the US said five Chinese ships had been spotted in the Bering Sea off Alaska for the first time. 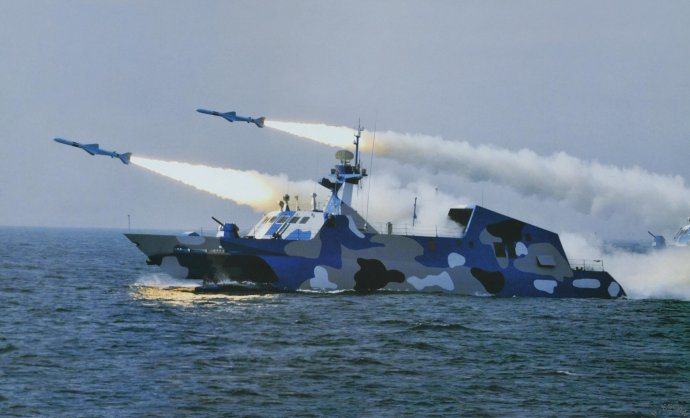 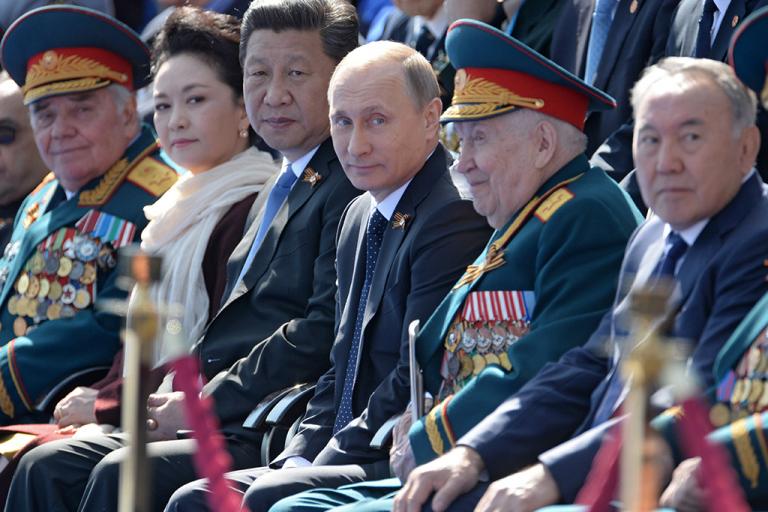 But many Western leaders and Japan's Prime Minister Shinzo Abe have stayed away.

Mr Xi made the troop reduction announcement in a speech where he reassured the global community that "China will remain committed to peaceful development". 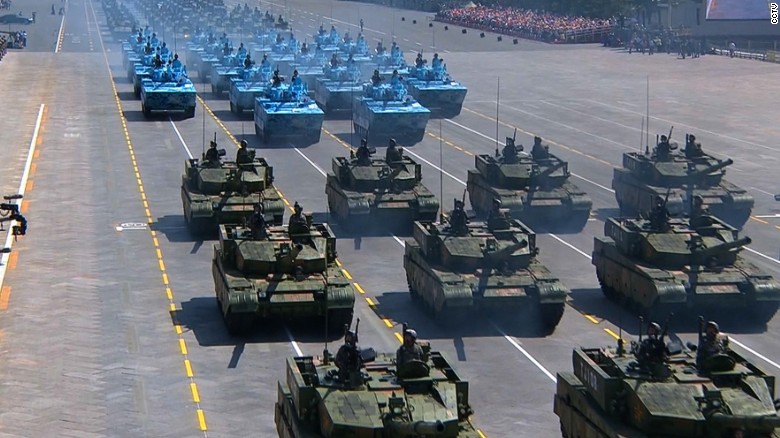 "No matter how strong it becomes, China will never seek hegemony or expansion. It will never inflict its past suffering on any nation," he said.

However the army cuts will not mean a weaker China.

China is also upgrading its naval and air forces, so does not need as many boots on the ground to project its power around the world.

China's People's Liberation Army (PLA) is the world's largest military, with 2.3 million members. China also has the second biggest defence budget after the US. 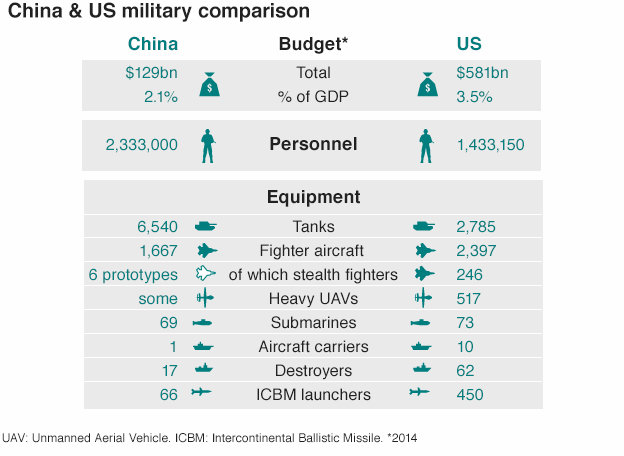 China's victory parade is designed to be a grandiose demonstration of the country's military prowess. But it's also a useful opportunity for the Chinese military to showcase its wares.

A few months ago, China surpassed Germany to become the world's third largest arms supplier, according to the Stockholm Peace Institute.

Arms sales from China have soared 150% in the past five years. For the first time, all of the armaments shown during the parade will be Chinese-made, with no Russian-made weapons on display. 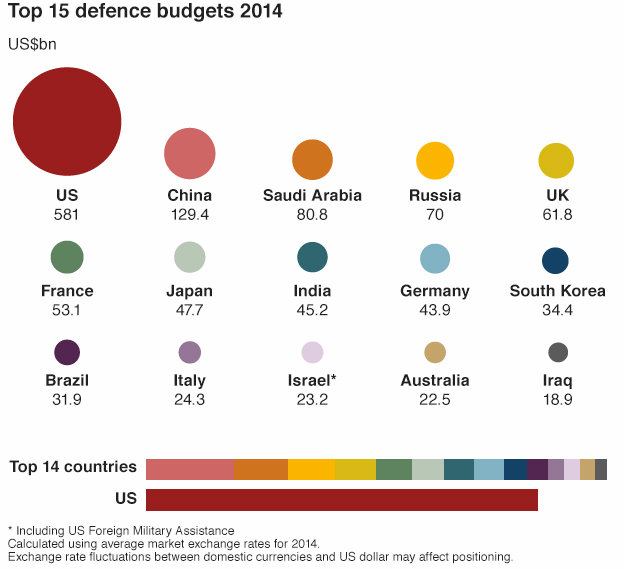 In April, the Chinese signed a deal to supply eight new submarines to Pakistan - the most expensive arms deal in Chinese history.

There is also a possible deal in the works to sell Chinese submarines to Thailand.

The parade is not quite the same as an arms fair, but representatives from China's closest military allies will be on hand as China's latest weaponry streams past them.

In the build-up to the event, state media have published commentaries reinforcing Chinese patriotism and views on historical events.

Entertainment shows were also suspended on television to make way for the coverage.

Japan launched a full-scale invasion of China in 1937 and, according to Beijing, eight years of fighting claimed 14 million Chinese lives.

China also claims that it is the "forgotten ally" and that its role in defeating Japan has been underplayed in the post-war narrative.

Nationalist forces led the fight against Japan in China. They were defeated by Mao Zedong's Communists who proclaimed a people's republic in 1949.