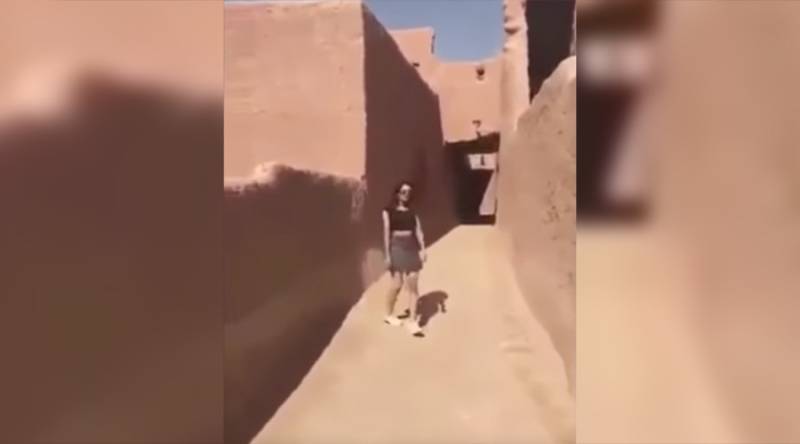 NAJD - Saudi police have arrested a young woman who was earlier filmed wearing a miniskirt and crop top, wandering around a village in a conservative rural area near the country’s capital, local media reported. The footage sparked debate on social media.

Information on the woman’s arrest was released by the Riyadh-based Al-Ekhbariya TV channel on Tuesday.

Earlier, the local government of Riyadh said that the authorities were taking the “necessary measures” to find the woman, who was accused of “walking around... in indecent clothing,” as cited by the Arab media.

The footage, initially posted on the Snapchat account "Model Khulood," shows a woman posing at a deserted historic fort in the village of Ushaiger, 200km north-west of the capital, Riyadh, Saudi media reported on Monday. The village is situated in the Najd region, which is known for its traditional mores.

The incident has divided the Saudi public, with some calling for the woman to be punished, while others praised her.