Hillary Clinton explains reasons behind her loss in new memoir 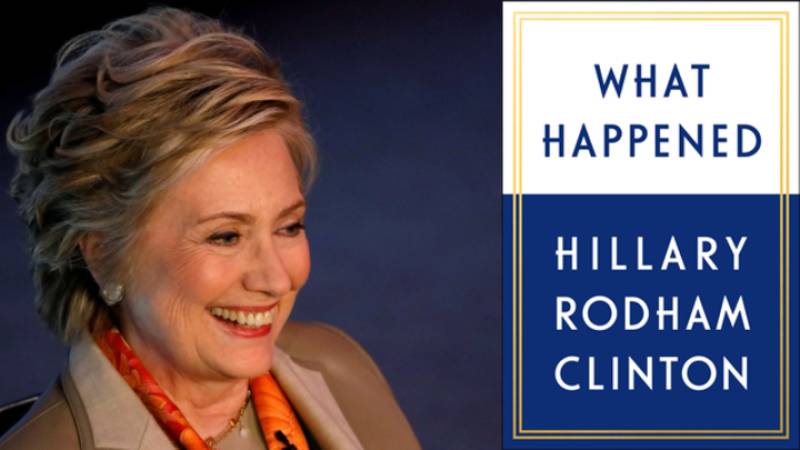 WASHINGTON - In her new memoir, Hillary Clinton has said that Bernie Sanders’ attacks against her during the presidential campaign “caused lasting damage”.

According to excerpts of her new book, What Happened, that have surfaced online, Ms Clinton accused Mr Sanders of paving the way for Donald Trump's "Crooked Hillary" campaign.

Ms Clinton wrote that her opponent “had to resort to innuendo and impugning my character” because they “agreed on so much".

“When I finally challenged Bernie during a debate to name a single time I changed a position or a vote because of a financial contribution, he couldn't come up with anything,” Ms Clinton said. “Nonetheless, his attacks caused lasting damage, making it harder to unify progressives in the general election and paving the way for Trump's 'Crooked Hillary' campaign.”

"President Obama urged me to grit my teeth and lay off Bernie as much as I could. I felt like I was in a straitjacket." - HRC pic.twitter.com/AAaKCq9DAR

She writes: “I think it’s fair to say that I didn’t realize how quickly the ground was shifting under all our feet. I was running a traditional presidential campaign with carefully thought-out policies and painstakingly built coalitions, while Trump was running a reality TV show that expertly and relentlessly stoked Americans’ anger and resentment.”

“One of the strangest moments”

Clinton recalls the euphoria of her last full day of campaigning. During their final event together, Barack Obama hugged her and whispered, “You’ve got this. I’m so proud of you.” Then in the early hours of 9 November, Obama urged Clinton to concede to Trump, not string things out. The phone call was “one of the strangest moments” of her life.

Ms Clinton also wrote that some of Mr Sanders’ supporters, “the so-called Bernie Bros, took to harassing my supporters online".

She generously praises many party colleagues and those who campaigned for her. But she questions criticism she received from former vice-president Biden, who is still viewed by some as a contender for 2020.

In her personal life, she describes her marriage to Bill as one with “many, many more happy days than sad or angry ones” and talks at length about their loving relationship, despite hearing time and again even on the 2016 campaign trail that it was “just a marriage on paper now.”

Looking back to the scandals of the 1990s, when he had an affair with White House intern Monica Lewinsky, which led to his impeachment, and accusations of sexual impropriety by several women, she writes: “There were times that I was deeply unsure about whether our marriage could or should survive, but I asked myself the questions that mattered to me: do I still love him? And can I still be in this marriage without becoming unrecognizable to myself – twisted by anger, resentment, or remoteness? The answers were always yes.”