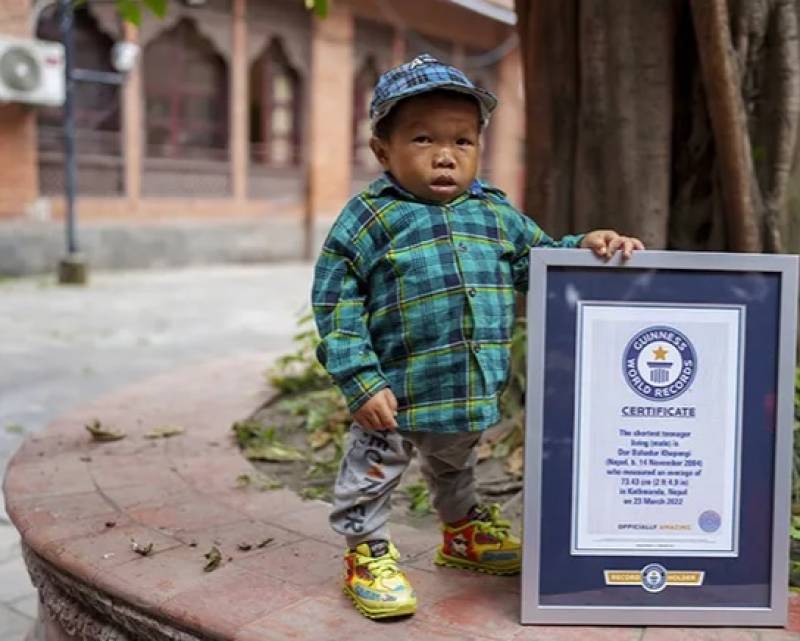 LONDON – A 17-year-old citizen of Nepal has been confirmed as the shortest teenager living (male).

The Guinness World Records in its blog said that the height of Dor Bahadur Khapangi of 73.43 cm (2 ft 4.9 inches), adding that the measurement took place on 23 March 2022 in Kathmandu, Nepal.

The youngest son of two Nepalese farmers is currently studying in his village's school.

His brother told GWR that Dor Bahadur was normal at the time of his birth but he could not grow from the age of seven.

A 112-year-old man from Venezuela named Juan Vincente Mora has been named as the world’s oldest living man by the ...