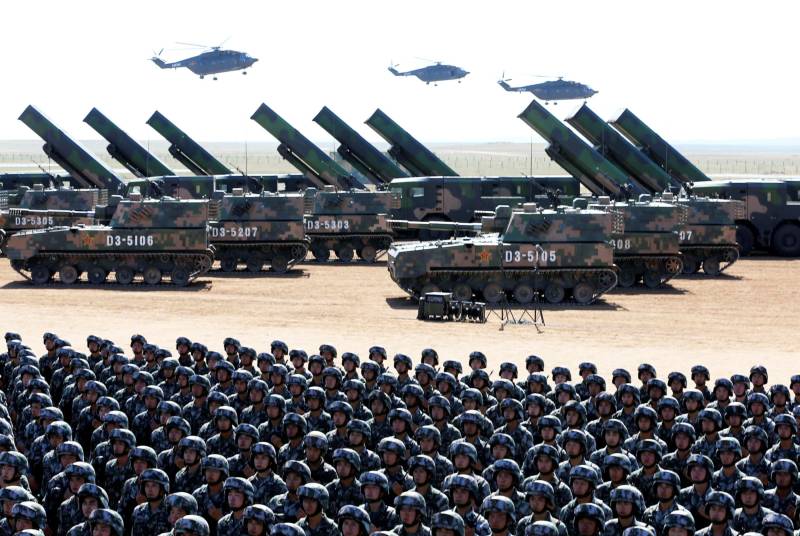 BEIJING – Following renewed border tensions between China and India over the past two weeks due to the latest Indian provocations, Chinese People’s Liberation Army (PLA) has reportedly been mobilizing forces, including bombers, air defense troops, artillery, armored vehicles, paratroopers, special forces and infantry units, from different parts of the country to the bordering plateau region.

The move shows the PLA’s capability and determination to safeguard the country’s sovereignty and territorial integrity, analysts said on Wednesday.

H-6 bombers and Y-20 large transport aircraft attached to the PLA Central Theater Command Air Force, have been deployed to the plateau region for training missions, the command revealed a day after Indian troops again illegally crossed the Line of Actual Control (LAC) at the Shenpao mountain region near the southern bank of Pangong Tso Lake, and for the first time in 45 years firing shots in a serious, vile military provocation, Global Times reported.

According to public media reports, long-distance maneuvers, deployment exercises and live-fire drills have been taking place in Northwest China’s desert areas and Southwest China’s Tibet Autonomous Region over the past weeks after India crossed the LAC near the southern bank of the Pangong Tso Lake and near the Reqin Mountain pass on August 31.

An air defense brigade under the PLA 72nd Group Army also mobilized to the Northwest region in autumn and held live-fire confrontational drills with anti-aircraft guns and missiles.

Paratroopers and heavy equipment on board the Air Force’s transport aircraft recently conducted a multidimensional area capture and control exercise, also in the deserts of Northwest China last week.

More CCTV reports and those released by the PLA units on their own social media accounts indicate that it is not only the 71st and 72nd group armies, but also many others based all over the country that have recently made similar deployments, featuring artillery, armored vehicles and infantry units.

A Beijing-based military expert who asked not to be named told the Global Times that India has been engaging in military adventurism and is attempting to gain more bargaining chips at the negotiating table with China.

China has been practicing restraint and showing goodwill, which was misinterpreted by India as concession, and the latest troop deployments should hopefully act as a deterrent and sober the minds of the Indians, and also prepare for the worst case scenario if a larger conflict breaks out, the expert said.

Contrary to what Indian media would like Indian people to believe, the PLA holds the overwhelming advantage in almost all aspects, including personnel, equipment, tactics and strategies against India, military analysts said.

When meeting with his Indian counterpart Rajnath Singh on Friday in Moscow, Chinese Defense Minister Wei Fenghe said that India bears full responsibility for the current China-India border tensions and China’s military is fully determined, capable and confident in safeguarding China’s sovereignty and territorial integrity, and not an inch of Chinese territory can be lost.