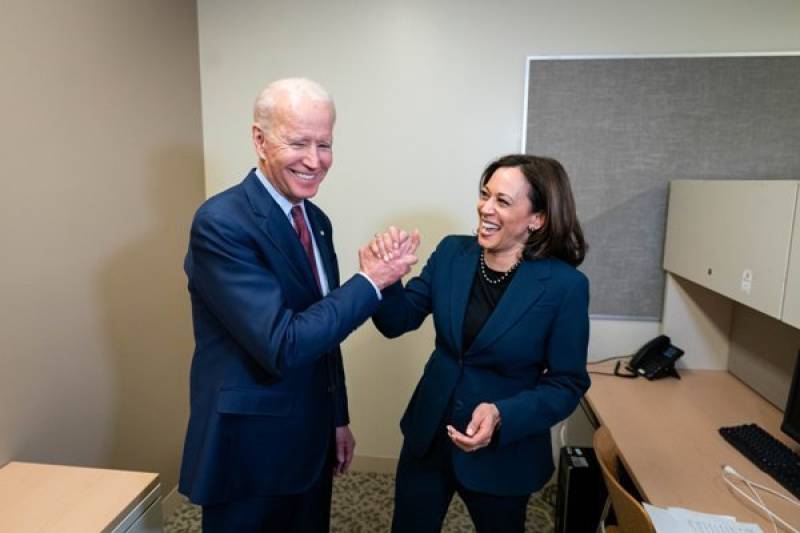 NEW YORK - US Democratic presidential nominee Joe Biden has picked Senator Kamala Devi Harris, the daughter of a Jamaican father and an Indian mother, as his running mate for the November election, a historic decision that elevates the first Black woman to run for vice president at a moment when this country is grappling with its racial past and future.

“I have the great honour to announce that I’ve picked @KamalaHarris — a fearless fighter for the little guy, and one of the country’s finest public servants — as my running mate,” Biden tweeted on Tuesday afternoon.

Sen Kamala Harris, who early on was a Biden opponent for the nomination, will join the former vice president in delivering remarks Wednesday in Wilmington, Delaware, as they kick off their joint campaign. The New York Times reported Tuesday that that an event was being set up at Hotel DuPont’s famous ballroom.

Senator Harris wrote in a tweet shortly after the announcement that Biden “can unify the American people because he’s spent his life fighting for us.”

“And as president, he’ll build an America that lives up to our ideals,” she tweeted. “I’m honoured to join him as our party’s nominee for Vice President, and do what it takes to make him our Commander-in-Chief.”

Amid nationwide protests for racial justice and a reform of policing, Ms. Harris served five years as attorney general in California and as a prosecutor in San Francisco. In the Senate, Ms. Harris bolstered her reputation as a shrewd debater and questioner of administration officials such as Attorney General William Barr.

But during a June 2019 Democratic debate, when Ms. Harris was still running for the nomination, she challenged Biden over his remarks about working with segregationist senators. Harris described herself as part of the second class to integrate her school as a child after mandatory school busing, which forced Biden to apologize for his earlier comments.

Ms. Harris ended her own presidential bid in December 2019. Biden said “of course” he would consider Harris as a running mate.

“Senator Harris has the capacity to be anything she wants to be. I mean it sincerely,” Biden said in December shortly after Ms. Harris dropped out of the primary. “She is solid. She can be president someday herself. She can be the vice president. She can go on to be a Supreme Court justice. She can be an attorney general. I mean, she has enormous capability.”

At a news conference July 28, Biden held a note card full of points to make about Harris such as “talented” and a “great help to campaign” after reports of friction between the two. But he wasn’t asked about her. “Do not hold grudges,” the card said.

Ahead of announcing her presidential bid, Senator Harris drew the spotlight during the 2018 Supreme Court confirmation hearing for Brett Kavanaugh, a conservative who was President Donald Trump’s nominee. Kavanaugh was accused of sexual misconduct by California professor Christine Blasey Ford and fiercely denied the allegations.

Both Kavanaugh and Ms. Ford testified before Congress about the alleged incident, which Ford said happened when they were both in high school. Senator Harris assured Ms. Ford that she wasn’t on trial during the intense questioning. Harris’ history as a prosecutor made for a viral video of her questioning Kavanaugh.

Over the past several months, Senator Harris supported Biden, and he did nothing to discourage speculation about her joining the ticket.

In early March, Ms. Harris endorsed Biden before Super Tuesday, when he won 10 out of the 14 contests.

“I have decided that I am, with great enthusiasm, going to endorse Joe Biden for president of the United States,” Senator Harris said in a video statement. “I believe in Joe. I really believe in him, and I have known him for a long time.”

“I’m so lucky to have you be a part of this partnership going forward. Working together, we can make a great deal of progress,” he told Ms. Harris at a virtual fundraiser in April after she introduced him. “I’m coming for you, kid.”

Senator Harris in May emerged as an early favorite among Biden aides, top donors and surrogates, according to a report from Politico.

“At the ballot box, Americans will resoundingly reject the abysmal failures of Biden-Harris in favour of the America First strength of President Donald Trump and Vice President Mike Pence,” Trump 2020 senior adviser Katrina Pierson said in a statement.