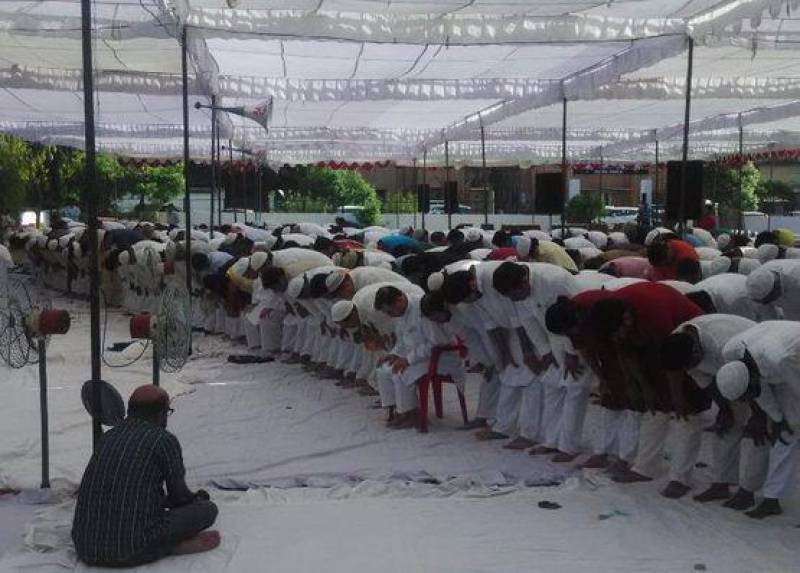 LUCKNOW (Web Desk) - This Eid-ul-Azha, the historic Imambara Sibtainabad in the heart of Lucknow, India will play host to an event that has no precedent in the city's history. As part of a citizen-driven initiative called 'Shoulder to Shoulder' (S2S), a joint Shia-Sunni namaz will be held in the Imambara lawns to send out the message of universal brotherhood.

Interestingly, the Eid-ul-Azuha namaz will be led by a Sunni cleric in a venue that is often perceived as "a Shia monument", reported Times of India.

The initiative is significant in light of global sectarian strife, particularly in Iraq, Syria, and Pakistan, where large-scale violence often has roots in sectarianism.

Shia and Sunni namaz on both Eids is usually held separately in Lucknow.

The S2S initiative began as a Whatsapp group in the city, which eventually led to the creation of multiple sister groups as the app allows maximum of 100 members. A Facebook event was subsequently created and has gone viral since. An e-invitation to the event has in fact been shared hundreds of times on the social media website.