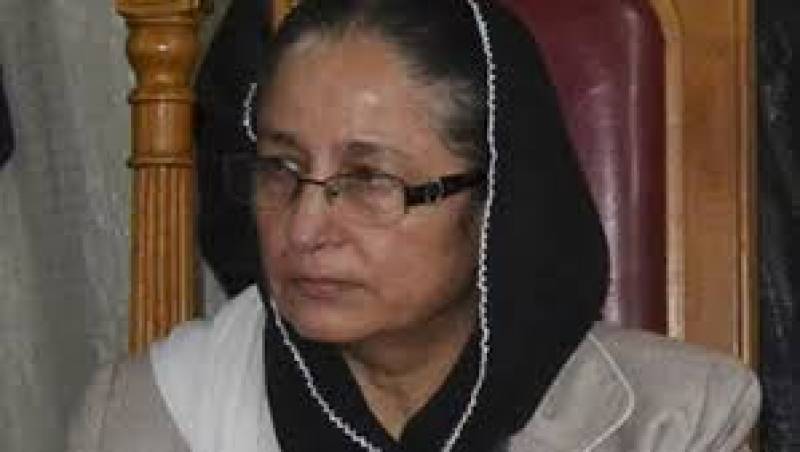 LAHORE - Justice Tahira Safdar, the 32nd Chief Justice on September 1 has become the first woman to be appointed Chief Justice of a Pakistani high court when she took oath as the head of the Balochistan High Court.

Justice Noor Muhammad Meskanzai whose tenure ended on Friday had taken oath on December 26, 2014 is replaced by the the capable Tahira. She has always been the first woman to clear the way for other females at every post she has served on.

Justice Meskanzai declared that Justice Safdar will be responsible for ensuring justice in the province, as well as safeguarding people’s rights and the writ of law.

She started her career as a civil judge in 1982, the first woman to do so in Balochistan. Prior to that, she worked herself into receiving a LLB degree followed by Masters in Literature.

She is an inspiration for many young female lawyers who are making their name in the male dominated field.

Justice Safdar, may you shine bright and keep inspiring young lawyers who are skeptical about their professional growth while working as associates for twelve hours on end.