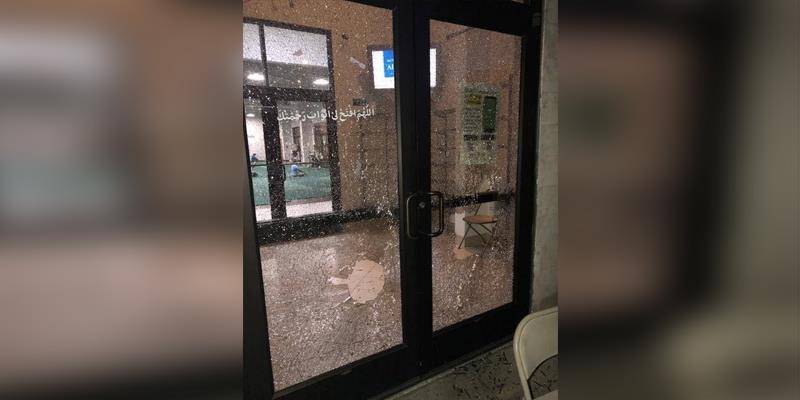 AUSTIN – Police in the southern US state of Texas are trying to track a white male, who vandalised one of the oldest mosques in Austin yesterday.

The North Austin Muslim Community Center - Masjid Aisha was damaged at around 11:30 am when a male suspect tried to break into their building, stirring concerns among Muslim community residing in the North American country.

Photos shared by the community center on their official Facebook page show shattered glass on the front door and side entrance and broken windows.

According to NAMCC vice president Adam Suleman, "the burglary alarm system went off and police were notified by the security company and the NAMCC administrator to check on the property."

"Police arrived and spent 30 minutes surveying the property and its surroundings while recording the incident. We have a security camera system, however, the quality of recording would not allow for face recognition or identification of individuals. The recording shows a white (appearing)-skinned young man (18-24) years with a black hoodie and jeans with a slim build," Suleman added.

The perpetrator entered the property after compromising a few panels of the wooden fence near the trash dumpster and proceeded to the front door of the mosque and then broke the front door windows of the main hall running to the side door to break both the door and windows' glass.

The suspect was then seen moving across the parking lot to stop and puncture an overnight parked vehicle's tires before he fled from where entered the property, Suleman said while revealing the series of events.

After Sunday's incident, the Muslim community center is going to hire a security team to watch the center overnight and is hopeful this doesn't happen again.