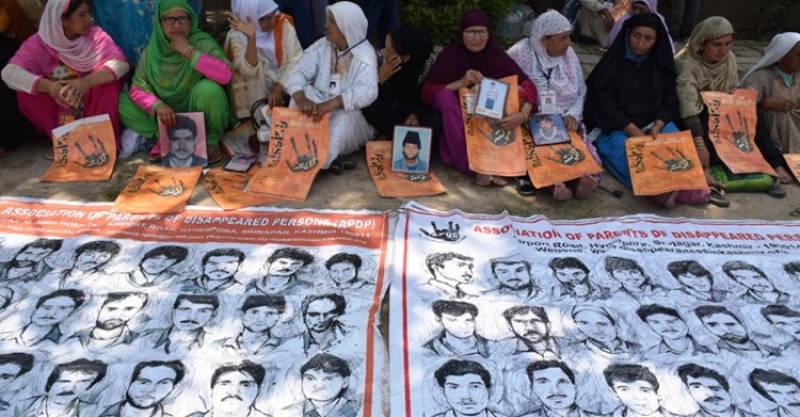 NEW YORK – United Nations experts have called on India to reopen human rights commission or establish independent body to aid investigations into the cases of forced disappearance and mass graves in Jammu and Kashmir.

In a letter this week addressed to the Indian government, at least nine UN rapporteurs also asked New Delhi to reconsider the closure of the State Human Rights Commission (SHRC) in the disputed Himalayan region.

“We urge [India]…and local authorities in Jammu and Kashmir to undertake prompt, thorough and impartial investigations into all alleged enforced disappearances…and take measures to identify the remains in each of the thousands of unmarked graves,” said the letter, which was posted to the government on July 1 but only made public two months later.

According to Kashmir-based Association of Parents of Disappeared Persons or APDP -- that looks after the families of forcibly disappeared people -- there are at least 8,000 Kashmiris allegedly disappeared by Indian forces.

"These disappearances began in the 1990s even before the enactment and implementation of the Jammu & Kashmir Armed Forces Special Powers Act [AFSPA] in September 1990, which provides impunity for India’s armed forces," according to the APDP.

“We also urge [India] to reconsider the closure of t he SHRC or to promptly establish an equivalent independent body or bodies that could assist and guide official investigations and help ensure that they are in full compliance with international human rights norms,” the UN experts demanded.

The SHRC, which probed alleged human rights abuses in the disputed region -- was one of several commissions closed by India after rescinding the nominal semi-autonomous status of the region on Aug. 5 last year.

The latest letter by the UN is one of several such communications sent to India over Kashmir seeking the redressal of the rights issue in the disputed region.

A team of the UN human rights body has also unsuccessfully tried to visit the region.

Last month, the UN experts sought “urgent action” on Kashmir as the region commemorated its first year of annexation by India.

“If India will not take any genuine and immediate steps to resolve the situation, meet their obligations to investigate historic and recent cases of human rights violations and prevent future violations, then the international community should step up,” the experts said.

On Aug. 5, 2019, the Indian government revoked Article 370 and other related provisions of its Constitution, stripping the Muslim-majority state of its autonomy. It was also split into two federally administered territories.

Simultaneously, it locked the region down, detained thousands of people, imposed movement restrictions and enforced a communications blackout.