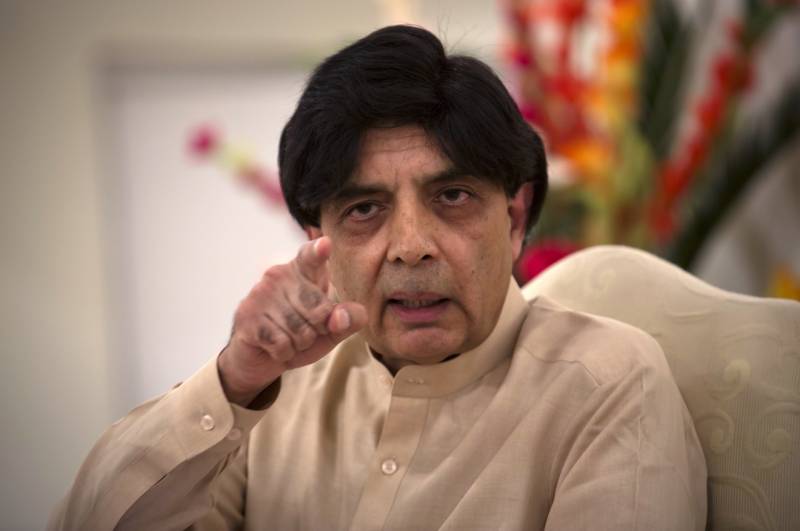 In an interview with a private news channel, the senior politician said that he had resigned as interior minister after differences developed with then prime minister Nawaz Sharif over PTI’s 2014 protest rally

He said that Nawaz Sharif’s refusal to stop the PTI's 2014 protest rally from entering the Red Zone had caused the differences, which later deepened further and he quit from the post

Nisar revealed that he had ordered the security officials to not allow the protesters to cross Aabpara but the then prime minister allowed them to enter the Red Zone.

The complete interview is yet to be aired.

It is pertinent to mention that since his resignation, Chaudhry Nisar had distanced himself from the PML-N and had also taken part in the 2018 general elections as an independent candidate.