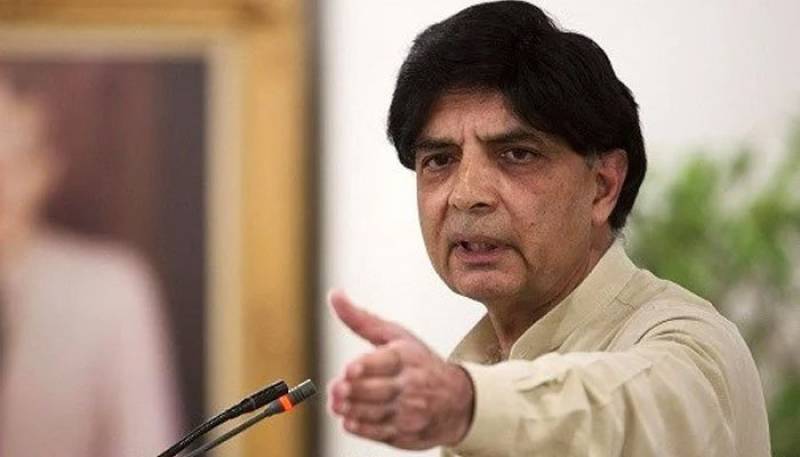 LAHORE – ‘Disgruntled’ Pakistan Muslim League-Nawaz (PML-N) leader and former interior minister Chaudhry Nisar Ali on Wednesday took oath as the member of the Punjab Assembly as the incumbent government plans to bring an ordinance canceling the membership of the lawmakers who had not taken the oath.

Nisar, who had been elected from Punjab Assembly’s constituency PP-10 in the 2018 general elections as an independent candidate, took the oath after delay of two years and ten months.

He was unable to take an oath on Monday due to non-availability of speaker and deputy speaker of the assembly.

Acting speaker Dost Muhammad Mazari administered him the oath as Pervaiz Elahi is currently working as acting Punjab governor due to absence of Governor Mohammad Sarawar and deputy speaker was not available due to personal engagement.

Talking to media, Nisar rejected an impression that he is going to join any political party after taking the oath amid reports that he would join the ruling PTI to replace Usman Buzdar as Punjab chief minister.

He clarified that he is not part of any political game, adding that he will visit Lahore soon and will have detailed conversation with journalists.

He asserted that Prime Minister Imran Khan should tone down his aggression towards opposition parties, adding that there is need to unite the national instead of dividing it further.