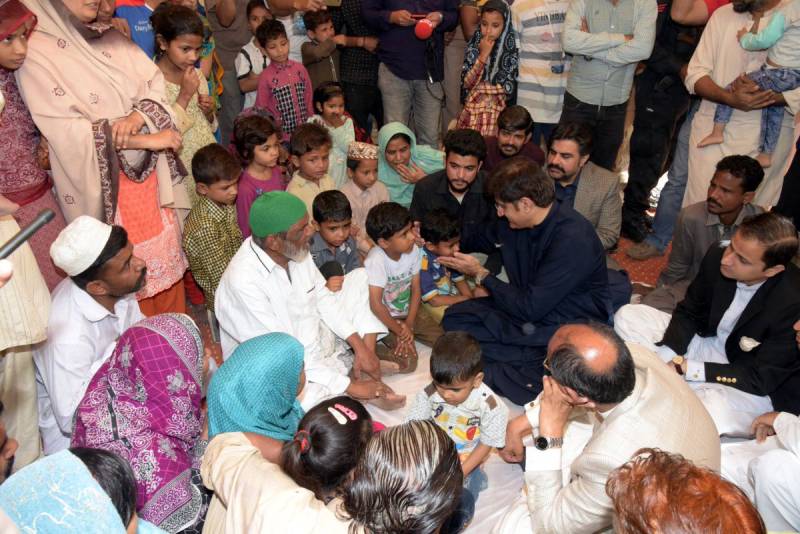 Murad Ali Shah condoled the death of Farooq with his father and upon being apprised that Farooq had three children, all of whom visually impaired, the CM said the government will take up the responsibility of the children's education as well as their medical expenses.

The chief minister also called on prominent scholar Mufti Taqi Usmani — who was the target of unknown assailants in Karachi yesterday — at his seminary in Korangi.

KARACHI – At least two people have been shot dead while two are injured after unidentified armed motorcyclists ...

The chief minister told Mufti Usmani that he was very upset over the assassination bid and promised that the perpetrators would be brought to justice soon. He also expressed his relief that the scholar was safe.

"Some elements are the enemy of this city's peace. We will not let them succeed in their ambition," Chief Minister Shah vowed.

The PPP leader also offered his condolences over the deaths of Mufti Usmani's guard and driver, who were killed in the attack.

The scholar briefed the leaders about the attack, saying that he was "shot at from all sides".

Mufti Taqi was heading to deliver the Friday sermon at the Baitul Mukarram mosque on University Road when four gunmen opened fire on his car on the NIPA flyover ramp.

Mufti Taqi Usmani survived the assassination attempt as he was sitting on the back seat of the car but the shooting left police guard Mohammad Farooq dead and car driver Habib wounded.

Sindh Inspector General of Police Dr Syed Kaleem Imam Saturday said some links have been found regarding the attack on Mufti Taqi Usmani and the suspects will be arrested soon.

"Investigation into the assassination attempt on Mufti Usmani is under way. We have found some links which cannot be shared with the media right now," he told media in Karachi.